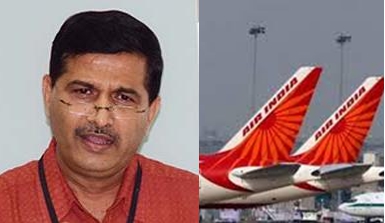 Employees are raising concerns and   also offering solutions, to help the company overcome its debts and prevent privatisation.

National carrier Air India is riding tough times with its soaring losses and a fear of divestment. Considering the huge loss it has been bearing, the Union Cabinet is contemplating selling the government’s stake in the airline.

After Air India accumulated losses of more than Rs 50,000 crore with debts of about Rs 55,000 crore, PM Modi had given his consent for disinvestment in the airline, about two months ago. With that, the Committee of Secretaries has prepared a cabinet note, which includes both the Niti Aayog’s recommendation of complete privatisation of Air India and the civil aviation ministry’s proposal of significantly reducing the airline’s debt by selling subsidiaries and assets before going for privatisation.

On the other hand, employees are raising concerns but also offering solutions in their capacity, to help the company overcome its debts and prevent privatisation.  So much so, that one of the cabin crew members apparently offered to work without pay for two months and even give up flying allowance, layover allowance and special allowance when travelling abroad.

Considering the management’s efforts to control costs and boost revenues across verticals, a lot of employees are offering to contribute in their own capacities to help the public carrier fight its debts. Emails are pouring in from employees with suggestions to cut costs by waiving off allowances of employees’ transportation claims till the time the company recovers the debt burden.

Some employees have also suggested shrinking the size of the in-flight magazine Subh Yatra and eliminating salad from the in-flight menu. The suggestions have come from the cabin staff who operate on a day-to-day basis and believe these changes would not really hamper customer experience but may help tighten the expenditure.

CMD Ashwani Lohani may be considering the suggestions seriously before the cabinet announces the public carrier’s fate. At the same time, he is careful of ensuring service excellence and decorum amongst the staff as he recently wrote to the staff to be dressed appropriately when travelling for work.

Lohani had recently issued an order asking the staff, be it on leave or on duty, to maintain a proper dress code during travel, after a senior official was reported flying dressed in kurta-pyjamas and slippers. The senior officer was travelling business class on an international flight in kurta-pyjama and talking loudly with the air hostess. Further inspection revealed that most of the staff wear casuals and slippers when flying for official work.

Following this Lohani asked staff to maintain strict decorum; he has also been particularly tough with employees in the recent past. He had ensured that the staff carry their hand baggage on their own and not use porters as has been the practice so far. Air India has a total of about 25,000 employees.