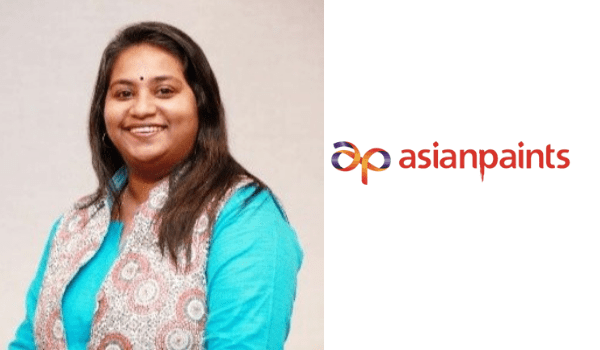 Shivshankar, who was with Novartis since 2019 and headed the talent, organisational development and inclusion function for the pharma business, is tasked with leading the people function of the over 12,000+ strong workforce of Asian Paints, globally.

The Tata Institute of Social Sciences alumna brings in 23 years of professional experience to the Company. She started off her career in 1999, joining ITC as an assistant branch manager after completing her education. She stayed with the Company for about six years before switching to Castrol India in 2005. At Castrol, Shivsankar joined as the senior manager – HR for sales and marketing, a role she successfully essay for about two years.

In 2007, Shivsankar took on the role of head-HR for the Kaya brand of the Indian multinational consumer goods company, Marico. After two years in this position, Marico promoted her to the role of overall head of Kaya, in 2009.

A year later, she moved on to the alcohol producer, Diageo, as the head of talent and organisational development, in 2010.