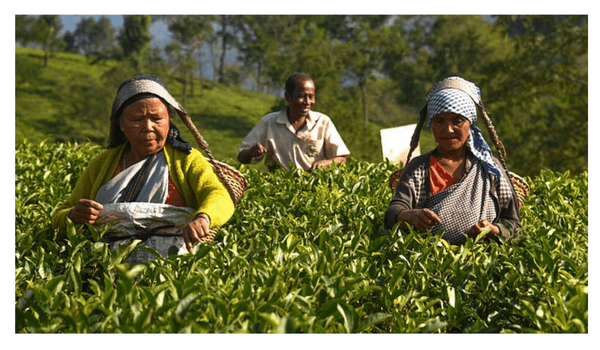 Finally, there will be an increment in the daily wages of the tea garden workers in the Brahmaputra and Barak Valley. With effect from 1 August, 2022, while workers in the Brahmaputra Valley will receive Rs 232, those in the Barak Valley will earn Rs 210 daily. A notification to this effect has been issued by the Labour Welfare Department of Assam.

The workers in the tea gardens will continue to receive rations as earlier, while the management will be given licenses to run ‘fair-price’ shops within the gardens.

It has been a while since Chief Minister Himanta Biswa Sarma had suggested a system of annual increments in the daily wages of tea garden workers in Assam, instead of increments every three to four years. The usual practice is to pay part of the wages in kind and part in cash. The kind part includes health services, education facilities, ration and so on. However, last year, the chief minister had suggested that the wages be paid only in cash. In July, 2021, it was revealed that provisions were being made to make tap water available to all tea workers by March 2022.

In Tripura, in February 2021, after repeated requests and protests against the low wages of workers of tea estates, the Tripura tea planters had signed a memorandum with the Labour Commission and some representatives of the labour unions through which a 17 per cent hike on the basic pay of the staff had been agreed to.

17% increment in wages of tea plantation workers in Tripura