In line with the revised organisational structure, the company will now have five level-wise designations followed by the function/responsibility

Who doesn’t like a work culture devoid of hierarchies and the politics behind escalating levels and bands, while the work involved still remains the same? Well, in order to establish a work environment, where people seek development in its real terms and not settle for artificial growth, Tata Motors had done away with the designations last month.

Earlier, announcing a flat structure, the automobile manufacturer had decided that instead of the specific designations, employees will be known simply by their function/responsibility — for instance, ‘sales — medium and heavy commercial vehicles’ and those heading a team will simply be called ‘head’ followed by the function, across its plants and offices. However, now Tata Motors has brought back the designations, albeit in a simpler manner.

In line with the revised organisational structure, which has five reporting levels instead of 14, the company will now have level-wise designations, such as senior manager, deputy general manager, general manager, senior general manager and vice president, followed by the function/responsibility.

Explaining the reason behind the move, Gajendra Chandel, chief human resources officer, Tata Motors, says, “Although the non-hierarchical, simple five-level structure remains the same, we had to get some simplified and standardised designations back into place as some people were finding it difficult to represent their roles precisely during their external, social interactions.”

Chandel further shares that a lot of employees, who on a day-to-day basis, interact with government officials for business reasons, also felt that they needed specific designations reflective of their level in the organisation. “When we implemented the no designation system, we were prepared to receive feedback from employees and make suitable changes if required, all in line with our revised structure and transformational strategy though,” he adds.

Tata Motors, earlier had over 200 kinds of designations, which caused chaos and confusion around career growth in the organisation. In order to simplify the developmental process and encourage growth and learning in its true sense, the company decided to completely do away with these designations. However, it is now clear that no-designations is also not a completely effective way to look at encouraging real, meaningful growth —at least not for social reasons. There has to be a mid-way and Tata Motors seems to have now figured it out. 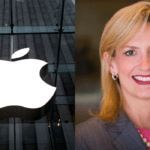