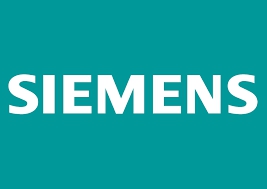 The German government has pressed for a fair bargain so that both parties are satisfied.

Siemens is facing a massive protest from its employees in Germany, because it proposed to cut 6900 jobs—close to two per cent of its global workforce, recently. Around 2000 employees protested the proposal in various cities of Germany.

About half of the proposed job cut would be in Germany itself, in the Company’s power and gas division. With the growing use of renewable energy, these divisions are having a hard time maintaining their profitability.

The largest trade union in Germany, IG Metall, is leading the protest and has asked Siemens officials to revise the proposal as it would affect the Company negatively.

Klaus Abel, a senior from the union said that the members wish to propose concepts and alternatives and expect the Company to have serious talks with them—the works council—for the better future of the Company.

Siemens officials have assured that a revision will be undertaken after discussion and negotiation with the unions.

The German government has asked the Company to consider the demands of the employees and enter into a fair bargain so that both parties are happy. The job cut would have a huge impact on the country, particularly in eastern Germany.

Job cuts of this scale will certainly affect the economic growth of any country, and no nation would like to see this happening. So, in the interest of the better good of the German people, Siemens must look into revising the plan.