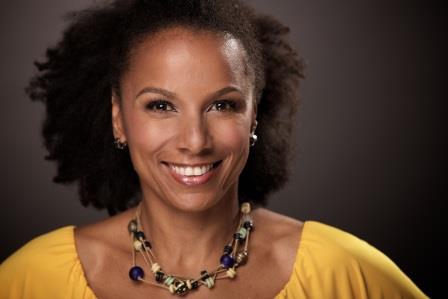 Despite various measures, Whites and Asians still comprise 52 per cent and 38 per cent of the population at Facebook, respectively.

The social networking platform Facebook can boast of a high diversity level when it comes to its users. However, when it’s about its own employees, the company is yet to achieve the same.

It has been grappling with diversity issues since long and has come under the radar several times for failing to improve its workforce diversity ratios.

Despite various measures, ‘Whites’ and ‘Asians’ still compose a major chunk of the employee population at Facebook – that is 52 per cent and 38 per cent respectively, while Hispanics and Blacks are at a meagre four per cent and two per cent.

Sharing the US ethnicity diversity data, Maxine Williams, global director of diversity at Facebook, recently posted on the company website that, “Over the past few years, we have been working hard to increase diversity at Facebook through a variety of internal and external programmes and partnerships. We still have a long way to go, but as we continue to strive for greater change, we are encouraged by positive hiring trends.”

In terms of gender diversity, the most worrisome figures exist in tech teams, where women make merely 17 per cent of the workforce. The senior leadership, on the other hand, comprises 27 per cent women.

Of the new senior leadership hires at Facebook in the US over the last 12 months, nine per cent are Black, five per cent are Hispanic and 29 per cent are women. It may look like they’ve made some improvement, but the overall figures still show a huge gap in diversity.

In terms of gender diversity, the most worrisome figures exist in tech teams, where women make merely 17 per cent of the workforce. The senior leadership, on the other hand, comprises 27 per cent women.

Through the post Williams made two important announcements. The first was Facebook’s declaration to commit $15m to Code.org and taking the TechPrep resource hub to communities of colour across the US.

The second was the announcement of LGBTQ data for the very first time. Regarding the first announcement, Williams says, “Facebook’s five-year commitment will help Code.org to drive the development of curricula, public school teacher-training and student skills-building, particularly among traditionally underrepresented populations in engineering and computer science. It will give thousands of students, across the country, the access to computer science they deserve”.

In addition, Williams shares other short-, medium- and long-term diversity improvement measures that the company is undertaking.

Its ‘diverse slate approach’, a short-term programme, encourages recruiters to look longer, harder and smarter for more diversity in the qualified talent pool.

For the long-term plan, Williams says, “In addition to our $15 million commitment to Code.org, we continue to invest in TechPrep, an online resource in both English and Spanish for parents, guardians and future programmers who want to learn more about computer science and programming.”

Its ‘diverse slate approach’, a short-term programme, encourages recruiters to look longer, harder and smarter for more diversity in the qualified talent pool.

The official post by Williams also highlighted the representation of the LGBTQ population in the workforce. In a voluntary survey of its employees in the US, with respect to sexual orientation and gender identity, to which 61 per cent responded, seven per cent self-identified as being lesbian, gay, bisexual, queer, transgender or asexual. In light of this, Williams said, “We are proud to support the LGBTQ community through our policies, products and extensive benefits for our employees”.

With all the aforesaid strategies in place, along with COO Sheryl Sandberg’s approach to promoting diversity with LeanIn.Org, Facebook is not leaving a stone unturned to try to achieve a more diversified workforce. However, diversity takes immense ongoing efforts, time and a conducive culture to seep in well. Only time will tell how soon Facebook will be able to catch up with its diversity goals.

For now, Williams believes, “While there is a lot of distance to cover in the short, medium and long term, we’re moving in the right direction.”

23 lakh Indian restaurant workers lost their jobs during the pandemic:...

Top management at Public Sector Banks to get ESOPs