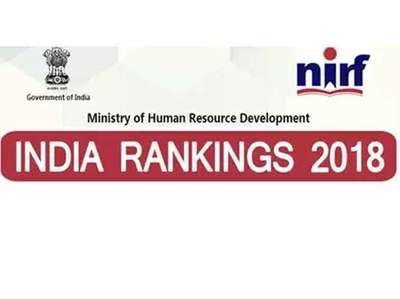 The institutions are evaluated on parameters, such as ‘teaching, learning and resources’, ‘research and professional practices’, ‘graduation outcomes’, ‘outreach and inclusivity’, and ‘perception’.

In the NIRF (National Institutional Ranking Framework) India Rankings 2018, released by the Ministry of Human Resource Development, the IITs have scored better than the IIMs.

In the overall category, which evaluates institutions on various parameters—such as teaching, learning and resources; research and professional practices; graduation outcomes; outreach and inclusivity; and perception—six of the top ten ranks are held by the IITs, while none of the IIMs feature on the list.

The Indian Institute of Science Bengaluru holds the top position followed by the IITs of Chennai, Mumbai, Delhi and Kharagpur in that order.

The sixth position is held by the Jawaharlal Nehru University, followed by IIT Kanpur and IIT Roorkee.

Calling this the most authentic ranking system of the country, Prakash Javadekar, Union Minister of HRD, said that the idea behind these rankings is to promote quality in education and encourage competition to perform better, and to set up new benchmarks of performance in the higher education space.

Among the institutes that offer management degrees, the IIMs of Ahmedabad, Bangalore, Kolkata and Lucknow have taken the top four positions, respectively followed by IIT Bombay, IIM Kozhikode, IIT Kharagpur, IIT Delhi, IIT Roorkee, and finally XLRI at No. 10.

India Rankings 2018 has ranked institutions in the disciplines/categories mentioned above, and also provided a common overall rank across all disciplines for institutions with more than 1000 enrolled students.

New categories, such as law, architecture and medicine have been added to the ranking this year.

National Institute of Pharmaceutical Education and Research, Mohali has been named the top pharma college in the country followed by Jamia Hamdard University, Delhi.

Among the law colleges, the National Law School of India University, Bengaluru, National Law University, New Delhi and the Nalsar University of Law, Hyderabad are the top three institutes of repute.
This year, some of the subparameters were further tweaked for greater accuracy. To evaluate ‘research impact’, in particular, parameters for quality of publications have been enhanced to include the number of ‘highly cited papers’, (i.e., number of papers appearing in the top 25 percentile of citations) in addition to the usual parameters—of publications per faculty and citations per paper.

The performance metrics were also optimised to facilitate proper judgement over a large range of possible values. All research-related information, including publications, citations, highly-cited papers and even patent information about institutes, was collected from third- party databases to obtain an objective and unbiased picture.

For this year’s ‘perception inputs’, a large database of eminent academic and industry peers and employers was deployed. The data received from both institutional and third-party sources was subject to extensive scrutiny for consistency and correctness by a team of experts.