The Supreme Court ruled that employees will be given six more months to opt to join the Employees’ Pension Scheme if they haven’t already joined it. Additionally, they will not have to contribute 1.16 per cent on their salary exceeding the Rs 15,000 limit.

The Court has declared invalid the condition in the 2014 scheme requiring employees to make a further contribution at the rate of 1.16 per cent on the salary that exceeds Rs 15,000 as an additional contribution. This condition has been held as ultra vires of the 1952 Act, as reported by LiveLaw.

However, the judgment pertaining to this particular point is suspended for six months.

This has been done so that concerned authorities have enough time to make adjustments in the scheme to be able to generate that additional contribution from other legitimate sources in compliance with the conditions of the Act.

Earlier, the Kerala High Court had set aside the 2014 amendment saying that the threshold limit of Rs 15,000 per month salary for joining the pension fund was not reasonable.

In 2018, the Kerala High Court, while setting aside the Employee’s Pension (Amendment) Scheme, 2014, allowed paying pension in proportion to the salary exceeding the threshold limit of Rs 15,000 per month.

A year later, the Supreme Court had dismissed the Special Leave Petition filed by the EPFO against the Kerala High Court judgment.

The appeal was filed by the Employees’ Provident Fund Organisation challenging the Kerala, Rajasthan and Delhi High Court judgments which had quashed the Employee’s Pension (Amendment) Scheme, 2014. 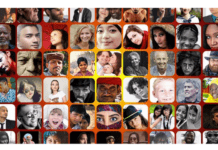