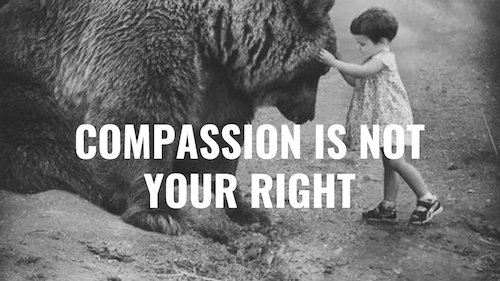 Banalata Mukherjee, an assistant teacher in the Minakhan Jatindranath Balika Vidyalaya passed away on July 30, 2007 and her son’s demand for a job on compassionate grounds was rejected by the DI.

It’s a regular practice to offer jobs to the immediate family member of a deceased government employee on compassionate grounds. However, people have now accepted this as a norm and have started demanding jobs.

Banalata Mukherjee, an assistant teacher in the Minakhan Jatindranath Balika Vidyalaya, Barasat, North-24 Parganas, passed away on July 30, 2007. She had joined the school in 1980 and was still on the rolls at the time of death.

The managing committee of the school, vide a resolution, had recommended and forwarded the appointment of her son, Bijon Mukherjee, in the category of died-in-harness in place of his deceased mother, to the District Inspector (DI) of Schools. However, his appointment was rejected by the DI as the income of the Mukherjee family exceeded the initial gross salary of the Group -‘D’ staff at the material point of time.

The DI had referred to the West Bengal School Service Commission (Selection of Persons for Appointment to the Post of Non-Teaching Staff) Rules, 2009, which provides that the appointment of employees on compassionate grounds was intended to help the family tide over an ‘immediate financial crisis’.

This decision was challenged by Bijon Mukherjee in court. The Calcutta High Court recently reiterated that compassionate appointment to government posts cannot be claimed as a matter of right.

Rather, it serves as an exception to Articles 14 and 16 of the Constitution, to alleviate the immediate financial burden for the families, arising due to the death of the concerned employees. Such statutory rules meant to guide the scheme of compassionate appointments must be strictly complied with.

Justice Shekhar B Saraf clarified this position while disposing of a writ petition filed by Bijon Mukherjee, challenging the decision of the DI to reject an application for his appointment as a government school employee, in place of his deceased mother.

The Court said, “The scheme of appointment on compassionate grounds is meant to alleviate the suffering and the immediate financial hardship (emphasis supplied) faced by the dependents of the deceased who was the bread earner of the family. On this score itself, the writ petition is not maintainable.”

The Court observed that in the present case, the DI had rightly rejected the application to appoint the petitioner on compassionate grounds in compliance with the 2009 rules.

The Court also opined that the petition was not maintainable given that it was filed at a belated stage, roughly six years after the application for compassionate appointment was rejected by the DI.

Recently, in another case, the Delhi High Court had rejected a plea that demanded a government job on compassionate grounds.

A petition was filed by Rakesh Kumar Singh Bisht, whose father passed away in September, 2005 while in service as a phone mechanic with BSNL, Uttaranchal Circle.

The Delhi HC observed that after 13 years of the demise of his father, the petitioner, who by now is a married man with a family, could not have been given compassionate appointment as it is not a vested right which can be exercised at any time.

“The purpose behind such an appointment is to provide immediate succour against destitution, to the family of the deceased employee, by giving due consideration to the services rendered by him till he was alive as well as to address a legitimate expectancy of the survivors seeking a financial tide-over due to the sudden death of the sole earning member,” the Delhi HC had said.