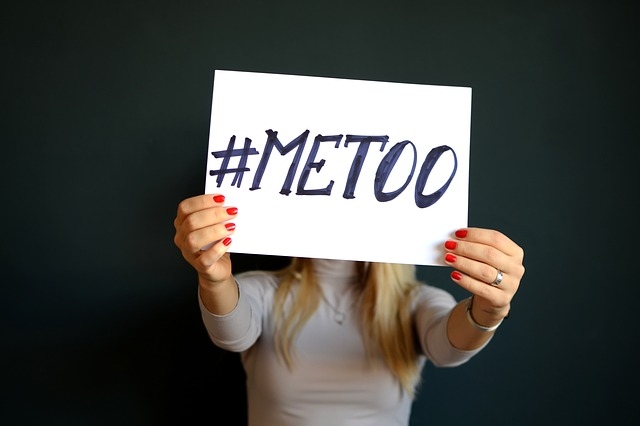 Air France has been asked to reconstitute the ICC in strict compliance with the legal requirements within 30 days and conduct the inquiry afresh.

Most companies do not follow the Vishaka Guidelines. Even if they do, it’s merely ritualistic and hardly every put into practice.

For instance, it is mandatory to display conspicuously at the workplace, the penal consequences of indulging in acts that may constitute sexual harassment as well as the composition of the Internal Complaints Committee (ICC), but most offices do not follow this, although it doesn’t take much effort to do so.

A survey by the Indian National Bar Association reveals that most companies do not follow the Vishaka Guidelines. 65.2 per cent of the respondents of the survey, who were victims, said their companies do not adhere to these guidelines.

The honourable High Court of Delhi has also taken notice of the same. While hearing  a petition filed by Ruchika Singh Chhabra—a former employee of Air France, who had alleged sexual harassment by another employee, Stanislas Brun, a French national and now the managing director of Air France—the bench comprising justice S Ravindra Bhat and AK Chawla observed that the Vishaka guidelines laid down by the Supreme Court need to be taken seriously and not followed in an empty ‘ritualistic manner’.

The Court also stated that a complainant who shows the courage to speak out against unwelcome behaviour, regardless of the perpetrator, is not merely an object of pity or sympathy and a permissiveness or infraction in implementation in one case, implies the employer’s lack of will, or inability to assure such safety and equality at its workplace.

In a 17-page judgement, the Court said, “This court wishes to emphasise here that the Vishaka Guidelines are to be taken seriously, and not followed in a ritualistic manner. The march of our society to an awareness and sensitivity to the issue of sexual harassment and its baneful effects, flagged in Vishaka (supra), culminated in the path-breaking Workplace Harassment Prohibition Act over 17 years later. Even today, the world is rocked by horrific tales of all forms of sexual harassment of women co-workers at workplaces. Decision makers, the Parliament, courts and employers are to be ever vigilant in ensuring that effective policies are swiftly and impartially enforced to ensure justice and see that no one is subjected to unwelcome and unacceptable behaviour.”

Unlike stray cases of individual indiscipline, which are dealt with routinely, the primary obligation to ensure the effectuation of these laws and rules, aimed at securing a safe workplace for their women employees lies upon the employers. A permissiveness or infraction in implementation in even a single case, implies the employer’s lack of will, or inability to assure such safety and equality at the workplace. A complainant who takes courage to speak out against unwelcome behaviour regardless of the perpetrator is not merely an object of pity or sympathy. As Alex Elle said: “You are not a victim for sharing your story. You are a survivor setting the world on fire with your truth. And you never know who needs your light, your warmth, and raging courage…”

And upon us all— the employer, courts and the society as a whole—lies the duty to root out such wholly unwholesome behaviour.

Chhabra has alleged being harassed by Brun on multiple occasions and cited several incidents supporting her averment that she was subjected to repeated sexual advances in spite of her constant or express refusal. Chhabra had also lodged a complaint with the Internal Complaints Committee.

A Single Judge bench had, however, dismissed her petition for want of jurisdiction, opining that no part of the cause of action had arisen in Delhi. Besides, the ICC had also exonerated the accused of all allegations. The complainant had, therefore, filed a Letters Patent Appeal before the Division Bench of the High Court, which has been accepted.

The Court said that the procedure adopted by the ICC, whereby the complainant first cross- examined the accused person and then was cross-examined by the accused, is patently illegal.

“Further, the ICC’s insistence to hold the proceedings in the office of Air France rather than a neutral venue, initially with a view to intimidate and put off the appellant, is contrary to the guidelines as laid down in the Vishaka judgment, to assure objectivity and observe neutrality in its inquiry.”

The appellant was also denied the right to take her mother along with her to the proceedings, which is in contravention to the Sexual Harassment (Prevention, Prohibition and Redressal) Rules, 2013, which permit her to be accompanied by a family member, friend or even a social worker or a psychiatrist.

It is stated that the ICC failed to conduct an enquiry and investigate the matter as it is bound by law to do. Instead, it started a trial without framing the charges and thus, put the entire onus to prove the case on the appellant, while at the same time reserving the right to call anyone as witness(es), which is in violation of the Workplace Harassment Prohibition Act and the principles of natural justice. The entire proceedings conducted by the Committee as evident by the inquiry report reeks of bias, which is contrary to law.”

The Court then went on to examine the Petition on merits, and observed that the complainant’s allegations concerning the composition of the ICC were, in fact, justified. It noted that the external member was not from an NGO, and also noted with concern the procedure adopted by the ICC. More specifically, the Court felt distressed by the fact that the complainant was forced to cross-examine and be cross-examined by the accused.

The Court, therefore, opined that the ICC constituted was “clearly invalid”. It then allowed the Petition—setting aside the constitution of the ICC as well as the report submitted by it— directing Air France to reconstitute the Committee in strict compliance with the legal requirements, within 30 days, and conduct the inquiry afresh.