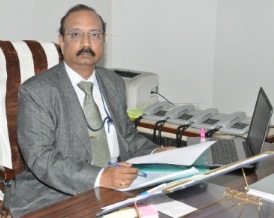 Gopu, an engineering graduate was unit head of ITI’s Bengaluru plant before donning the hat of an HR-head.

Following the retirement of PK Gupta, state-owned manufacturer of telephone equipment, ITI, has given the additional charge of chairman and managing director to the current director-HR, S Gopu.

Gupta, who was director-marketing, had the dual responsibility of the CMD since April 2014. It was also when Gopu was elevated as director-HR. Prior to that Gopu, an engineering graduate, and a post graduate diploma in operations research and management from Annamalai University, was unit head of ITI’s Bengaluru plant as additional general manager.

Gopu armed with 33 years of professional experience, joined ITI in 1984 as assistant executive engineer at the Bengaluru factory. He worked there for 4 years before he was moved to the Palakkad unit. Gopu played an important role in the phase II and III expansion of ITI Palakkad. He was also instrumental in getting ISO-14001 for ITI Palakkad Plant – a first one for ITI.