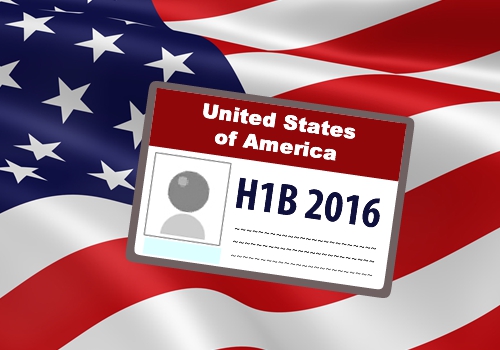 The IT giant has increased local hiring in the past two years.

Tata Consultancy Services (TCS) has cut down the number of H-1B work visas application this year. The number of applications submitted is one third of that of year 2015. This is the third consecutive year since 2015 that TCS has decreased the work visa applications.

The IT major says that it has increased the hiring of candidates from engineering and B-schools in the US, which is the reason for less H-1B work visas this year.

According to Ajoy Mukherjee, EVP, human resources, TCS, the IT giant has increased local hiring in the past two years. The company has partnered with academic institutions in the US through various campus programmes and is in constant touch with high school students for hiring local candidates.

The firm is visiting hundreds of engineering and B-school campuses in the US for hiring candidates, which has helped it bring down the number of H-1B work visa applications.

This cut in number of H-1B visas by TCS comes when US President Donald Trump has tightened the work visa norms and scrutiny for working in the country.

IT companies and professionals in India are already feeling the pinch of tighter visa norms. The US is a market which accounts for 60 percent of India’s IT exports.

Firms like TCS, Infosys and Cognizant are accused of taking jobs away from Americans by taking a big share of the US’ H-1B work visas. So, these companies are luring the Trump administration  through increased local hiring.

Also, with the tighter work visa norms, the operational cost rises considerably for these firms; it also makes the movement of workforce difficult.

Infosys has announced that it will open four innovation hubs in the US and will also hire 10,000 Americans in the next two years.

More markets are moving towards protectionism and so companies are adjusting their business models and depending more on local hiring.

Every year US issues 65000 H-1B visas and keeps aside another 20,000 for professionals with advanced US degrees.

NIESBUD, CUJ tie up to boost entrepreneurship in Jharkhand