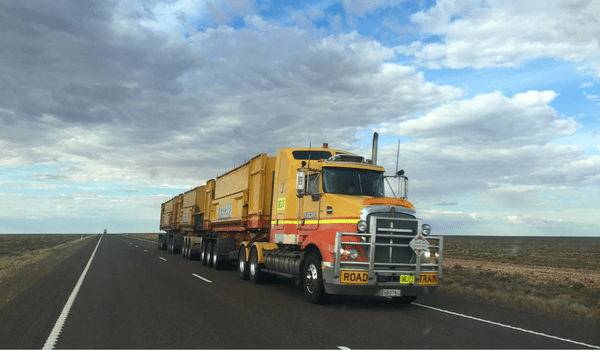 These are the top 10 nations that pay its drivers the highest wages. Every nation needs people in the trucking industry. Trucks can deliver raw materials to manufacturing facilities and deliver finished goods to markets. They can also be employed to provide essential services like deliveries and postings, etc. The last-mile delivery services provided by the biggest players in the market are a major factor in the success of e-commerce. Drivers are therefore required everywhere. Let’s analyze which nations are the greatest for aspiring truck drivers.

Sweden is one of the prominent Scandinavian countries. It lies in northern Europe and has tons of islands. The truck drivers get an average yearly salary of $42,751 which roughly translates to Rs 33.18 lakh. The famous Scania and Volvo brands in the automobile industry are originally from Sweden.

Next on the list of countries with the highest salaries for truck drivers is Canada. Many Indians, especially from Punjab are seen working as truckers on Canada. A shortage of truck drivers in makes this a great opportunity to establish a career in this field. The average yearly salary is $43,445 which roughly translates to Rs 33.72 lakh.

Austria is a prominent nation in Europe that is situated in the Alps mountain range. Being a mountainous country, the truck drivers are in business as it is only with the roads that the far-flung areas of the mountains are reachable. One could expect an average yearly salary of $46,217 which roughly translates to Rs 35.87 lakh.

Yet another European country that makes this list is the Netherlands. Amsterdam, its capital, is a world-famous tourist destination. The country has a strong economy and the truck drivers are paid roughly $46,865 every year. This translates to around Rs 36.37 lakh.

Germany, a neighbor of the Netherlands, is considered one of the biggest economies in Europe and features among the top 5 strongest economies in the world. It pays its truck drivers an average yearly salary of around $46,871 which roughly translates to Rs 36.37 lakh. Trucking is a great profession in Germany.

The United States of America is the next country on this list. Although the USA is one of the most powerful economies in the world, it is positioned at number 5 on this list. The USA is a large country with great highways making trucking a prominent profession. The average salary of a truck driver in the States is around $47,130 which roughly translates to Rs 36.58 lakh.

Norway is the second Scandinavian country on this list. Norway offers its truck drivers a healthy salary of around $47,572 which roughly translates to around Rs 36.92 lakh when converted. Note that Norway is among the most expensive countries to live in. There is a combination of plain highways and mountainous roads in the country.

Yet another strong European nation on this list is Belgium. Belgium is a neighboring country to Germany and the Netherlands. Making the situation regarding trucking similar. On average, a truck driver can expect to earn around $50,462 in Belgium which roughly translates to Rs 39.16 lakh when converted to INR.

The island continent is the next country on this list. Australia also boasts a massive landscape. However, most people live only around the coastline as it gets too hot in the middle of the land. The average yearly salary of a truck driver in Australia is around $53,951 which translates to around Rs 41.87 lakh.

The country that offers the highest salary to its truck drivers is Switzerland. Switzerland is famous for its robust banking, beautiful landscapes and tourism. Boasting a mountainous terrain and high standards of living, it offers its truck drivers an average yearly salary of around $70,452 which translates to around Rs 54,68 lakh.