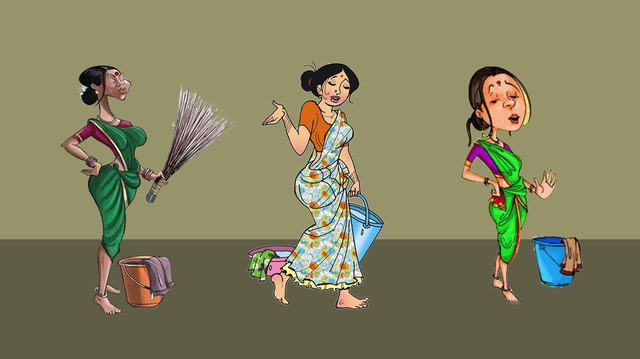 There’s more to a story than the raw emotions and here are some important HR lessons from a heart-wrenching true incident.

Many behaviourists believe that we’re best influenced in our childhoods. So, I am penning down a story of my early childhood to depict how subtle and beautiful growth can be.
My mother had long been yearning for a domestic help for some time then, as she had been greatly weakened by an attack of pneumonia, and could do with some additional help. Though help was easily available in Guwahati, my parents’ efforts to get a suitable employee were in vain. It wasn’t as if none came. A few did come seeking employment, but there was always a mismatch between their expectations and what we were ready to offer. This continued, and we waited in anticipation, until one day…

My father walked home casually with a lanky 14-year old by his side, stating to my mom in an offhand fashion, “Here’s your boy.” Mother was taken aback. The boy was called Roxy, and did not seem to possess any traits befitting a servant. After a long silence, Ma finally asked father, “Where did you get him from? He doesn’t seem to be a servant!” My father replied, “I saw him weeping beside the office canteen this afternoon, and taking him for a beggar offered him a coin. But the lad declined the offer, and asked for a job instead. So I brought him along.”

Ma was only too glad to keep Roxy in our house. However, she enquired if Roxy had any previous experience of domestic chores. Roxy replied calmly, yet confidently, “No, I don’t have! But I will learn; in a few days.” That was the day Roxy became a member of our household.

We had a spare room in our house meant for guests and visitors. Roxy was allotted that room. He, however, chose to sleep in a corner of that room! He had brought along a tin suitcase. He always kept it under lock and key. Initially, I asked him about the contents but he always put me off saying, “Oh, it’s nothing.”

Roxy became the favourite of the entire family in a very short span of time. Besides helping Ma in her household affairs, he was always willing to assist my father with his daily activities. But more than everybody else, Roxy became my favourite friend and an indispensable companion. I always wanted him beside me whenever I was at home. I pestered him with questions about his house, parents, and his life before he met us. But he always preferred remaining silent on those occasions, often deflecting those questions jovially.

Roxy was an early riser. He would get up before sunrise and would finish cleaning the house and the courtyard before Ma got up. Never did he falter in his routine. It so happened that one night he retired early saying he was not feeling well. But he did not get up at the usual time. It was almost 7 a.m., and Ma asked me to wake him up. So I went in. To my utter surprise, I found Roxy’s suitcase open, and beside his head, an open book. Curious, I took the book. I was dumbfounded when I read the name of the book: Uncle Tom’s Cabin by Harriet Beecher Stowe. In a fit, I ran to Ma with the book. Ma rushed into the room. She wanted to wake him up, but he looked feverish! Immediately, the family doctor was called in, Roxy was examined and given some medicines.

After he recovered from his fever in a few days, Ma questioned him regarding his town and family. It was clear that he was no illiterate kid and certainly not meant to be a domestic help. Roxy looked blankly at her for some time and then asked in a trembling voice, “Will you drive me away if I tell you everything?” Ma could not hold back her tears. In a chocked voice, she assured him that we would not turn him out of our house. He then narrated his tale: He was from a wealthy family in North Lakhimpur town. Both his parents were highly educated and wanted him to pursue a good career. Roxy was studying in Class VIII. Theirs was a small, but very happy family. Unfortunately, the happiness did not last long. An unprecedented communal riot took place in their small, yet peaceful town. Both his parents were brutally killed. Their house was set ablaze. Fearing for his life, Roxy ran away. Overcome by sorrow, and in a dazed state, he hopped onto a train to Guwahati. He then encountered a gentleman in my father’s office, who kindly offered to take him to the office canteen, and bought him some food. It was there that he was found by my father .

His account stupefied us all, leaving us speechless for a long time. Finally, father broke the silence. “Don’t you have any relatives?” “No, I don’t!” he replied in a pain-stricken voice. “If you drive me out, I won’t have anywhere to go!” he continued. My father was dumbstruck at his misfortune. Finally, Ma spoke, “No, Roxy! You will stay here, with us. You will be one of us.” Ever since, Roxy has been a member of our family, like a brother to me.

This is not just a heart-warming story. To an HR professional, there’s more to this story than the raw emotions. I’m listing the key learning derived from this experience:

A good recruit will often perform less challenging tasks satisfactorily, or may even exceed expectations whenever fear is a motivating factor. In the corporate scenario, fear is a function of low self-worth, according to the Self-Perception Theory by Daryl Bem. It is the role of an HR professional to identify the key attributes of a star performer, and assign him tasks of increasing complexities. As described in the book, Good to Great by Jim Collins, companies can rise to greatness, only when all employees, especially the executives are assigned appropriate tasks of varying complexities. He calls it, the right seat in the bus.

This is a key area of conflict with the HR professionals. The primary point to note is that recognition, on a large scale, is directly proportional to the product of ability and the quality of effort put in. Roxy was talented and educated, and he took the menial job of a domestic help extremely seriously; and as a result, he is more than a domestic help today, and has a family to boast of.

• Skills can be acquired if the mindset is right

The talent pool in any multinational corporation is ever-expansive; and the organisational needs are constantly in flux in terms of core services, products and target groups. This requires newer skills to be acquired consistently by the employees of the organisation. A key factor and a beacon of hope for us, as HR professionals, is the fact that most employees can acquire new and dynamic skills if they see the need for it, and are motivated appropriately by relationships or rewards to sail through the learning. Hence, the pre-requisite of an HR manager is to bring every possible employee to a positive learning state of mind so that the required skills can be acquired. 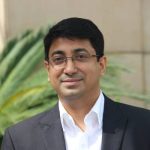 Why is lateral hiring essential to manage the skill gap today?