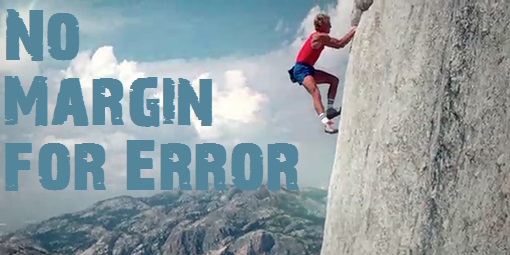 Decision making is not fortune telling, and good decisions do not always result in predictable outcomes.

January 15, 2009 witnessed an unusual incident. The media called it ‘Miracle on the Hudson’. On that fateful day, an Airbus A320 aircraft with 150 passengers and crew members on board, encountered multiple bird strikes. This damaged the turbofan engines to the extent that both the engines of the aircraft became immobile.

In that situation, Captain Chesley B. Sullenberger took a bold decision to land the unpowered aircraft on the Hudson River. Fortunately, it was a safe landing and the lives of all 150 passengers and crew members were saved. This was truly unprecedented.

Such events allow us to appreciate the criticality of making the right choices in times of crisis. It proves that a decision can be a life changing one and that too not just for an individual, but for an entire nation.

Though decision making is a critical survival skill, research shows that it is prone to biases. Hence, it is worthy of deep study.

Beyond these biases, we also unwittingly carry a number of misconceptions on how we make choices. These misconceptions are rooted in fallacies and are hardcoded in our belief system as myths.

We are trying to explore seven such myths.

Myth #1: Experts don’t make disastrous choices
Often the most damaging decisions come from experts. Why does that happen? It happens because for many decisions that have very serious implications, we usually depend on experts. Due to such passive, unguarded acceptance, when the experts go wrong, their bad decisions can have devastating consequences.

Malcolm Gladwell has warned us that expert failure ‘usually is the worst kind of failure’ and ‘it’s the overconfidence of experts that can result in spectacular mistakes.’

He also suggested that ‘normally we think of failure in terms of a deficiency of knowledge, but the truth is that society is suffering far more from failures because of expertise.’

An example from recent history of ‘expert failure’ is that of the US sub-prime mortgage crisis that triggered a global recession in December 2007. The expert economists around the world saw no flaw in the overuse of Mortgage Backed Securities (MBS) and Collateralised Debt Obligations (CDO) financing an explosion of household debt. The world is still recovering from its damaging implications.

Myth#2: Teams take wiser decisions than individuals
A Forbes article by Shlomo Ben-Hur explains why even the best executive teams can make bad decisions. This is on account of groupthink.

Psychologist Irving Janis defined it as a mode of thinking that people engage in when deeply involved in a cohesive in-group, when the members’ strivings for unanimity override their motivation to realistically appraise alternative courses of action. Moreover, groupthink cannot be countered by having more knowledgeable members in the team.

Michael C. Mankins, in his Harvard Business Review article titled ‘The Five Traps of High Stakes Decision Making’, mentions that the involvement of too many people can aggravate the chance of making mistakes.

A ‘Rule of 7’ that came out as a finding of their research indicates that for every individual you add to a group beyond seven, decision effectiveness declines by 10 per cent. Most of the fast-growing companies are attempting to streamline decision-making in their endeavour to simplify processes.

However, this does not mean that we should eliminate the stakeholders in making decisions. One must be prudent to keep the number of representatives limited with each person having the willingness to challenge the view of others.

Myth#3: No one remains locked in a bad decision, knowingly
In an article published in Huffington Post, Adam Grant, a Wharton professor and author of Give and Take, mentions that when we make a choice that doesn’t work out, we find it remarkably difficult to cut our losses and walk away.

Organisation behaviour expert, Barry Straw, has termed this behavior as escalation of commitment. Adam Grant adds that whenever we overinvest our time, energy, or resources in a choice that falls short of the desired return, we have a tendency to stay locked in it in the anticipation of change of fortune. Many a time, we find ourselves so much committed to a decision that we are unable to walk away from it.

Myth#4: More information leads to better decision making
There is a common misconception that availability of more data improves the quality of decisions. Malcolm Gladwell says that giving people extra bits of information doesn’t improve their chances of getting it right. It only improves their belief in the accuracy of their own opinion.

What is important is to know what problem one is trying to solve and how to effectively utilise the existing data for that purpose instead of seeking additional data and muddying the waters.

Myth#5: Decision making is purely a logical process
Carol Kinsey Goman, in her article titled ‘Think Leadership is Logical? Think Again’, says that brain science makes it clear that mental processes, which we’re not conscious of, drive our decision making and logical reasoning and are often just a way to justify emotional choices.

Research has also proved that no one makes a decision based on logic alone. A similar article in Behavioural and Brain Sciences by Ezequiel Morsella says that consciousness is no more than a passive machine running one simple algorithm — to serve up what’s already been decided, and take credit for the decision.

Dan Ariely, in an article published in the Harvard Business Review, ‘Good Decisions. Bad Outcomes’ raises an alarm on the fallacy of outcome-based mindset towards decision making.

He argues that there’s plenty of random noise in competitive decision making and many outcomes are outside a leader’s control due to dependencies on various environmental factors.

So what are these good decisions? As per Dan Ariely, good decisions are forward-looking, take available information into account, consider all available options, and do not create conflicts of interest.

Myth#7: Good decisions are independently vetted by many
J K Rowling’s Harry Potter and the Philosopher’s Stone was rejected by 12 established publishers before Bloomsbury eventually accepted it. Clearly, in this case, all those 12 publishers independently arrived at a wrong choice.

Even Bloomsbury was tentative, as they decided to go ahead with a first print run of only 500 copies. In one interview, Nigel Newton, the chairman of Bloomsbury Publishing, revealed that although he took the manuscript home, he didn’t read it immediately. However, his eight-year old daughter Alice liked the initial few chapters so much that she pestered her dad for a few months to know what would come next.

This example illustrates that multiple people can sometimes independently arrive at a wrong decision; almost as if all of them have a common cognitive ‘blind spot’. So, it may not be prudent to have high confidence on a choice only because it is vetted by majority.

Bottom line
Every day, we need to take decisions. Some of these decisions can have far- reaching consequences. However, as Michelle Obama says, “You can’t make decisions based on fear and the possibility of what might happen.” That’s why, decision making as a skill, is worth developing on a continuous basis. It is like a muscle that grows with repeated flexing.

The seven myths that have been explored in this article aren’t meant to be exhaustive. To get better at this critical survival skill, every person needs to reflect deeply on the possible implications before making a choice and remain open to learning from the result of that choice.

(The authors are part of the leadership and people sciences team at Wipro. Views expressed by the authors in this article are in their personal capacity.)

Why HR needs an agile mindset