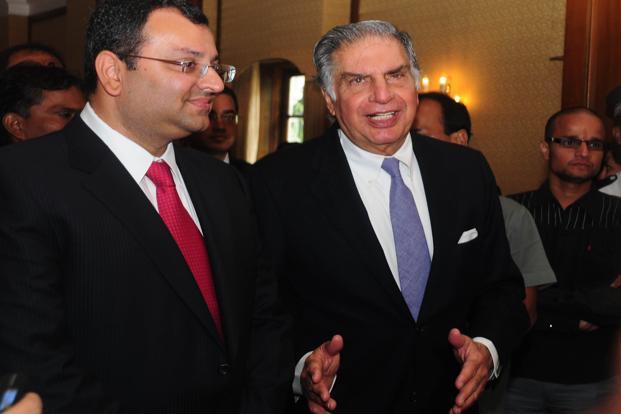 A third-party analysis of what may have led to the ouster of Cyrus Mistry from Tata.

Elephants trample as they dance! Effective leadership transitions deliver desired value only when the enterprise, alongside the appointment of a competent leader is also willing to recast its scope, strategy, culture, operating style and power structure, but without altering its ethics.

In the media-fired debate, experts are arguing whether an ‘internal’ candidate or an ‘external’ one is better suited for succession in the Group. Strange to see the same old-fashioned basic logic being put forth — better culture fit, with internal selection for consistency and perpetuation. Innovation, breakthroughs and effective change management are apparently argued as being better for servicing the external candidate!

This is the point of difference I have; something that I cannot reconcile with — simplification of solutions for complex business problems.

The real question these experts need to answer before they pontificate is — was Cyrus Mistry an internal candidate or external when appointed by the Tatas?

I may be a lesser expert than those who have been commenting, but I firmly believe that in the succession planning process, there couldn’t have been a more internal candidate than Cyrus Mistry for the Tatas. For six years he was inducted on the Board, was fully absorbed into the culture before his actual appointment as the chairman and was personally coached by Ratan Tata for over a year after that. Moreover, Cyrus’ family owns 18 per cent equity in Tata Sons. Right through his growing days he would have been familiar with (through maybe dinner and breakfast table discussions) the Tatas or the Tata way of life! He was certainly no alien to the Tata culture.

Would an outsider have been a better choice?

Mistry ran his own independent business (and not a small one at that). He had his own individual understanding of the economy, managed his own employees and finance, knew the markets and certainly understood strategic value-creation (including monetising of non-performing assets!). There couldn’t have been a more worthy outsider than Mistry. More so when the selection panel also had a preview of his ‘dazzling’ strategic plan for resurgence of the Tata Group, which was presented to them before they selected him for the chairmanship.

The bi-polar simplistic argument of the experts is what I disagree with. Success at the helm in a large conglomerate like the Tatas (with a larger than life presence of a powerful patriarch) is a far more complex problem, that needs a much deeper diagnosis than the superficial bipolar ‘insider: outsider’ decision in the equation. That is too simplistic and is like a doctor trying to diagnose a serious ailment like cancer, with a stethoscope or the weatherman making the thermometer do the job of a barometer!

Cyrus Mistry was the best selection decision that could have been taken by the selection committee at that time, given the context, in 2012. However, they forget that success in such top roles has many elements and dimensions other than only an ‘insider/outsider’ angle to it.

The good news is the realisation that corporations have raised their game on the use of various techniques to ensure that the right candidate is selected to be at the helm of their leadership. The bad news is that they haven’t as yet invested equal time to ensure that the right set of transition practices, post appointment, are adopted in the enterprise to increase the probability of success of new leadership transitions at these levels.

If he was the best choice, what went wrong? Whilst I have no insight into the Tata Sons Board cabal, my purely professional, third-party, outsider analysis on what led to Tatagate is as under:1. Unaligned strategies for corporate value creation between the different stakeholders: The holding boards (Trusts), the managing board (Tata Sons), the different operating co. boards and the operating co. managements were unaligned. Each leader has his own strategy and style to create value for the enterprise he leads. One could strongly debate (and even wager) on the success and validity of each strategy from a contextual perspective. However, in a complex organisational architecture designed to manage a conglomerate, it is critical for the new leader to facilitate and build a strong alignment around his style and strategy for his value creation agenda with the different stakeholders. This becomes particularly critical if the strategy and style of the new leader is drastically different from the rhythm, character and style the enterprise is accustomed to. If the operating legacies were scripted by the previous incumbent who was rather powerful and also a well-regarded leader, and also happened to play a long innings in the company, the need for alignment is that much more acute.

2. Power deficit sponsoring of major changes: The new leader’s change management strategy and style did not appear to have full support of all the power bearers. Far from sponsorship, there appeared to be incongruence and power deficiency. Several key stakeholders appeared to be re-routing decisions to the patriarch due to dissonance in style with the new leader. This is a natural pattern, particularly when the previous incumbent is still powerful and very much present in the system, albeit in a different garb. However, the new leader’s attempts to build a strong alignment between the powers would go a long way to reconcile with the situation.

3. Pacing of change agendas in chronic/traditional cultures: The success of a change agents lies not so much in their differentiated knowledge of the value chain or markets as much as it relies on their maturity and wisdom in pacing their change agenda with the organisation’s change tolerance and absorption rate! Knowing what to change is one thing and pacing the agenda to move from the ‘discovery’ state to the ‘dream’ state is something totally different. Many more spines of bright leaders have been broken by systems and cultures that rejected the pace and style of change compared to those who were not bright enough to know what to change, but were smart enough to maintain an absorbable pace of change.
Two critical things need to be effectively managed in such senior transitions:

4. Managing stakeholder expectations: Often times in a hurry to prove their worthiness, leaders define their agenda as they see it, based on the timing on their own wrist watches. Powerful stakeholders want their agendas to be simultaneously driven whilst powerful leaders at times become unmindful of them. If the stakeholders are powerful by themselves or more aligned to the de facto patriarch, they would form a club to aggregate their common interests against the driver of the misaligned change agenda. Change managers, therefore, need to influence and inspire the other stakeholders and see their value in the new agenda.

5. Power distancing from de facto source of power: Presence of the previous incumbent in ’emeritus’ status or such other positions with their varied definitions, having grammatical variations and cognate expressions like ‘strategic coach’ or ‘key enterprise mentor’, etc are early caution notes for the new leaders. Wise new leaders would have to learn to align themselves and their style with such ’emeritus mentors’. Power distancing by the new leaders from emeritus appointees or creating a new superstructure to counter the old power structure would be a fatal error. Aligning and balancing power positions and structures is a better way forward.

6. Board involvement is not only necessary but rather critical: It is important for the chairman/ CEO to take the board and align them through his business strategy, plans and goals. That for four years the new incumbent did not take the board through his strategy and plans and align them sounds rather improbable, more so from the governance point of view. That the board allowed the incumbent to go on with his strategy and plans for four years, without approving the same, is equally disturbing from a shareholder’s point of view. This certainly brings me to my most favourite theme — that Indian boards are still not familiar with their HR responsibilities and are generally in the very nascent and primitive stage of HR at the board levels.

To summarise, senior transitions and vital successions are seminal events but are often botched at a great cost to the company and its shareholders. The cost of a failed transition is monumental on the enterprise — missed market opportunities, loss of business momentum, reputational damage, brand value erosion, damage to credibility of the CEO, and its board of directors.

Tata is facing this now. Not only is its reputation impacted by inefficient transition management but its image is most certainly blemished by inadequate handling of the exit process. Wish they would have managed it smoothly.

For a tongue-in-cheek closure, he operated with mystery, hence lost trust of the Trusts! This Mistry is by far more thrilling than the other Tata mysteries and intrigues.

(The author is the group president-HR, Essar group)

Why talking to colleagues is important?

The dilemma of an HR professional