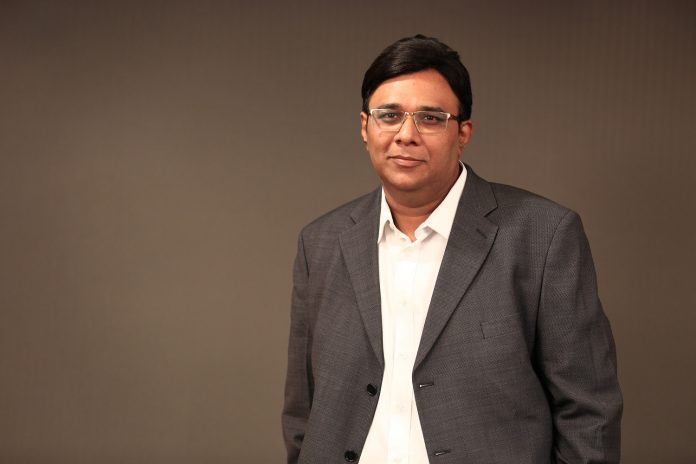 This is his second stint with the group. He was earlier associated with Essar Energy for a couple of years as senior vice president and head-HR.

The position was lying vacant since Adil Malia moved on from Essar Group.

Armed with more than 20 years of experience, Sonalkar has worked with PricewaterhouseCoopers as senior partner and executive director-EMEA (people & change and sports). This is his second stint with Essar. Earlier, he was associated with Essar Energy for a couple of years as senior vice president and head-HR.

In an official communiqué, Sonalkar says, “I look forward to this new, exciting role that will require me to engage with both our people and the community at large, the pillars on which Essar stands, and take the brand to loftier heights.”

RK Sukhdevsinhji, director, Essar, says, “In this dual role, Kaustubh will be in charge of building on the strong people and community focus that will continue to define Essar’s journey into its next phase of growth. Aside from his versatile experience and professional competence, what sets Kaustubh apart is his familiarity with our ethos. I welcome him back to Essar and wish him the very best.”

Syncing business agenda with people management, designing proactive and predictive policies as opposed to reactive measures, and using technology to further his cause is the core of his operation. But he believes treating people like people, with heart, is more important than any innovation. With obvious disregard for what is expected from the role, Sonalkar is an entrepreneur in his own right.

He believes that integrating people and cultures into the business is critical for any success. Merger and acquisition, marketing and branding, product development, human capital management and managing corporate relations and communications with local and government bodies across the globe are some of his key strengths.

He also has many awards to his credit including Most Innovative Transformation Advisor – UK; Golden Peacock Award – India; Best HR Digital Strategy – Asia; Best Merger &d Acquisition Strategy- UK; and Young Leader of the Decade – India, to name a few.

Syncing business agenda with people management, designing proactive and predictive policies as opposed to reactive measures, and using technology to further his cause is the core of his operation. But he believes treating people like people, with heart, is more important than any innovation. With obvious disregard for what is expected from the role, Sonalkar is an entrepreneur in his own right.

Sonalkar is a member of the Rotary club leading the project on girl child education. He is actively involved in skilling women from slums to make them employable in the retail sector and providing necessary skills to employ over 280 specially abled people across India. He is a supporter of transgenders and has hired seven transgenders in various functions across the business.

In his free time, Sonalkar composes music, writes lyrics and sings. In fact, he has composed and released his own album in the open market, titled Mere Humsafar, in association with Venus records. He is active in sports and has played in the Ranji Trophy and India Under 19.

For the record, Essar Global Fund has interests in energy, metals and mining, infrastructure and services. The aggregated revenues of the Fund’s portfolio companies total US$15 billion, with over 7,500 people working for the group across four continents.

Having recently completed a Rs 1,20,000 crore capital expenditure programme and a Rs 77,000 crore deleveraging campaign in 2017, Essar is on a growth trajectory. Essar, through the Essar Foundation, has been working towards the upliftment of the communities around the Company’s manufacturing locations across eight Indian states. Through its initiatives, Essar has touched the lives of people living in around 500 villages in areas, such as education, health, environment, skill development and women’s empowerment.

Google’s chief of HR Laszlo Bock decides to move on