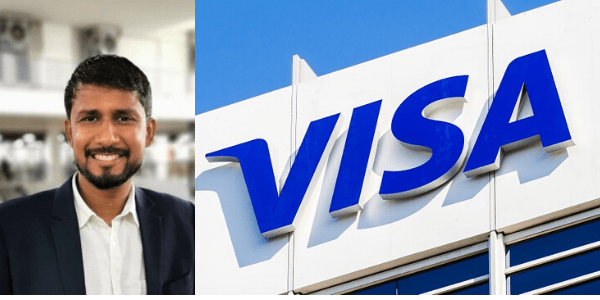 Visa has brought on board Pawan Setty as the head-HR, for APAC, to oversee the technology side of the business. In his previous position, at AirAsia, Setty was instrumental in leading the people function and building a global technology team. He was also a part of the board of directors for the AirAsia Technology Centre in India and was based out of Malaysia.

Setty resigned from his previous role as strategic business partner and group head for digital and product, Air Asia, by the end of March. However, he was unable to officially join until recently, due to the nationwide lockdown.

Speaking to HRKatha on his new role at Visa, Setty says, “I am excited to join Visa and the leadership team here. This role brings with it an opportunity to build on my strengths and support Visa’s technology growth plans in this region.”

Setty’s current position was created just before he joined. His counterpart before him had held an India role and subsequently the position had been expanded to include the APAC region.

I am excited to join Visa and the leadership team here. This role brings with it an opportunity to build on my strengths and support Visa’s technology growth plans in this region

With an experience of almost two decades, Setty comes with a wide range of industrial exposure, across sectors such as IT, financial information services, speciality chemicals, ITEs and aviation.

He began his career in 2001 as a part of the operations team at Dell. After almost two years in the organisation, he moved on to PeopleOne as the team leader for the major accounts division.

In 2004, Setty moved to Thomson Reuters as the senior manager for human resources, where he spent the longest stint of his career. His role required him to lead the HR function of two business units, while reporting directly to the head of HR.

After more than nine years at Thomson Reuters, he joined International Flavours and Fragrances (IFF) as the CHRO for India. As the India head, he worked closely with the global HR head and business directors for APAC region. It was after four and a half years at IFF that he moved to AirAsia as the head of people and culture for India.