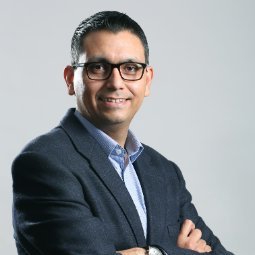 In his new role, Bhatnagar will be responsible for attracting and enabling talent to help the organisation realise its strategy.

Prashant Bhatnagar, who was Hike Messenger’s senior director-people & culture, has joined the wealth management firm, Credit Suisse as the director-human resources, last week. In his new role, he will be responsible for attracting and enabling talent to help the organisation realise its strategy.

Bhatnagar had worked with Sapient as the vice president-hiring and staffing, for nine years before joining Hike Messenger in 2016. At Sapient, as a member of the India Leadership Team, he led the development and execution of talent strategy, including workforce planning, and also headed talent management & HRBP for a 500+ team, focussing on career development & advancement. He was a member of the core team that oversaw selection and global implementation of HR Systems.

Bhatnagar began his professional journey in 1997 as he joined Xansa as the staffing lead. After two years, he joined Headstrong, which is now a part of Genpact, as the head-talent engagement and stayed there for eight years. He joined the company in its formative years (then TechSpan) and contributed towards its growth from less than 50 people to over 2500 in a short span.

In his stint at Genpact, during 2001–2005, he spent time with Headstrong in the US and was additionally responsible for account management for named accounts. He also ran special projects to analyse SG&A costs and identify areas to bring about operational efficiencies.