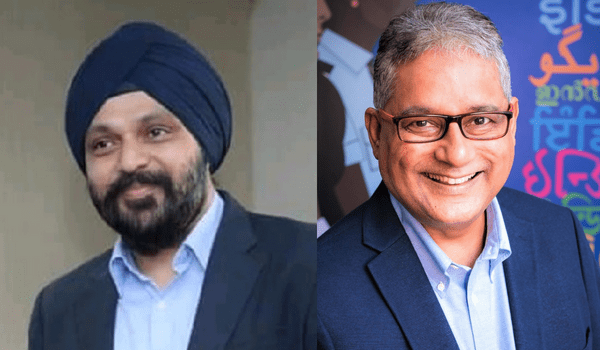 Sukhjit Pasricha has rejoined Indigo as group CHRO. He will take charge from November 01, 2022.

Pasricha has worked with Indigo before as VP-HR & admin for close to five years between 2013 and 2018.

Till date, Pasricha was heading the HR function for Kotak Mahindra Bank as president HR & group CHRO. Pasricha’s 25-year career in HR spans various sectors, with a significant amount of time spent in the telecom space.

Before joining Kotak Mahindra, Pasricha was the CHRO at Bajaj Finserv. His longest stint was with Bharti Airtel where he spent close to 9.5 years. At Airtel, he started as the head-HR, AES where he spent three years. Later he was elevated as V-P, HR for Northern Region of Airtel’s mobile business. In 2008, he was named the CHRO for Enterprise Services Business. In 2010, Pasricha was again promoted as Sr. V-P-HR at Airtel Africa. In this capacity, he was driving HR transformation across 17 countries for Airtel Africa. At the same time, he was also the head-HR and HR business partner for nine Anglophone countries in Africa.

Meanwhile, Raj Raghavan, head HR at Indigo, has decided to move. As per sources close to the development, Raghavan is all set to join a Seattle based technology startup working in the cloud governance space as a global CHRO.

In the previous stint, Raghavan had replaced Pasricha at Indigo in 2018.

Raghavan spent close to five years with Indigo. He moved to the airline from Amazon, where he was the head-HR for APAC and Middle East. Raghavan spent seven years with Amazon. He joined Amazon India in 2011 as director and country HR leader. In 2016, he was elevated to the role of HR head for Asia Pacific, which included India, China and the recent acquisition of Souq in the Middle East.

At the time of Raghavan’s joining, Amazon India had only 3,500 employees. During his tenure, the Company grew in size and the workforce strength increased to 50,000. He played a pivotal role in not just enabling this level of growth, but also in helping launch Amazon.in, where he led HR across the entirety of the business – including launching its first FC operations in the country.

Raghavan has more than 30 years of experience, having worked with Eureka Forbes – where he started his career—Hindustan Unilever (Brooke Bond Lipton), Ford India, GE Capital, HSBC and GE Technology Centre.