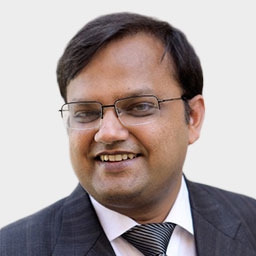 Garg, who has been the board member of several companies in the past, has mentored many startups.

Rajul Garg has joined PeopleStrong as its first ever independent director after it received multiple investments recently.

Garg is a well-known early investor in tech companies. He has been a successful business professional with experience in not just investing in a company but also building it. His first startup was Pine Labs, when he had just finished college. Then he co-founded Global Logic, a global services company, which was sold in 2013 for $400 million. He has also invested in several other startups.

Speaking on Garg’s appointment, Pankaj Bansal, co-founder and CEO, PeopleStrong, said “We are very excited to have Rajul as a part of PeopleStrong’s growth story. He brings a wealth of experience from the technology product industry, and as we take our HR SaaS product to the global stage, we look forward to his valuable inputs, which the company will gain and benefit from”.

Garg has been the board member of several companies earlier. He is the counselor for several startups and is part of organisations, such as TiE and NASSCOM. He is also a mentor at IIT.

Speaking on his appointment, Garg said “I am delighted to formally join the PeopleStrong board. As the advisor, I have been observing their product and the exciting HR SaaS story they are building in India. I look forward to sharing my experiences and contributing to the future direction and growth of the company.”