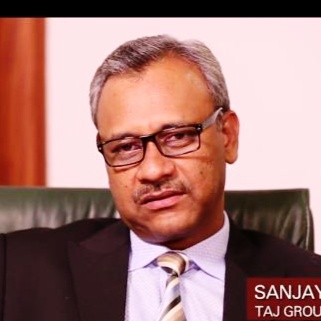 In his last role, Bose was responsible for global HR operations of the Taj Group

After having spent over two decades at the Taj Hotels, Sanjay Bose has just moved to ITC Hotels as the vice president-HR and is now based out of Gurgaon. After having joined Taj Hotels in 1995, Bose had grown through the ranks and last served as the vice president-HR operations at the company. He was responsible for the entire global HR operations for the Taj Group in his last role.

Bose completed his MBA in HR from the Xavier Institute of Social Service in 1995 and that’s when he kick-started his career with The Taj Mahal Hotel in New Delhi, as an assistant manager-HR. He had a generalist HR exposure in his formative years, as he managed employee life cycle events and was responsible for engagement in his first role.

He also worked in the area of labour legislation, domestic enquiries and court cases, and conceived and implemented a computerised database for HR records back then.

In 1999, he joined the corporate HR team at Taj Hotels and deployed an HRIS system across all 60 hotels of the company. He worked extensively in the area of M&A and was part of a team that oversaw four large acquisitions for the Group. He was also part of a three-member core team that designed and implemented a rightsizing exercise for the company.

Bose took up an advanced management development programme at IIM, Bangalore in 2002.