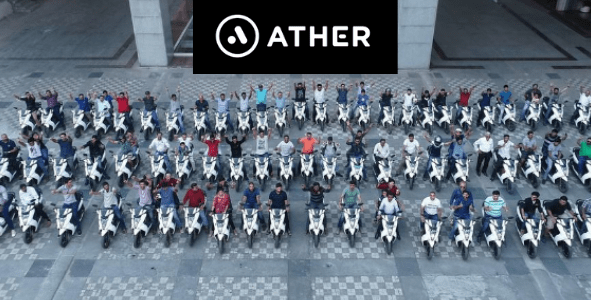 Indian electric vehicle company, Ather Energy, conducted its first quarter performance review. Called PitStop, it relooks at the performance evaluation system. To make things easy, the Company focussed on shorter milestones for its employees so that it is easier for them to pursue and achieve. As part of Ather Energy’s plans to expand, a few critical details were examined, including having the plants up and running for the production of its flagship model 450x, and focussing on communicating the goals extensively to all individuals.

“Everyone was made aware of their role and of the leadership’s role, and how they link to the uber goal of the organisation as a whole,” shares Sunitha Lal, CHRO, Ather Energy.

“Everyone was made aware of their role and of the leadership’s role, and how they link to the uber goal of the organisation as a whole.”

Meanwhile, the Company is all set to resume regular salaries for its employees from the month of September. August is the last month for which pay is being deferred. A week ago, in an announcement made by Tarun Mehta, CEO and co-founder, Ather Energy, the Company has already rolled back pay cuts for those employees who are earning below 10 LPA. No pay cuts were imposed on those earning less than 5 LPA.

All increments have been deferred for the time being.

Lal shares an interesting outcome of the Company announcing pay cuts early during the lockdown. She reveals that few employees have actually written to the management expressing their willingness to have their pays cut. They even volunteered to go for higher cuts than what had been recommended for their level, to sustain the organisation. In fact, during an all-hands meeting, when the pay cut roll-back was announced, employees actually questioned the decision and volunteered to cooperate with continuing pay cuts. The leadership had to actually defend their decision to roll back the pay cuts!

“We kept a close watch on all employees at all times, to determine if anybody was facing any sort of financial or health-related issue. At Ather, employees have been very supportive and forthcoming by putting the organisation’s needs ahead of their own,” claims Lal.

Currently, the 800 plus strong organisation has managed to open up its plants at Bangalore and Chennai. While plant employees number around 400, plant sites in both the cities are operating at 70 per cent capacity.

The Company has weathered the COVID storm pretty well and will continue its plans to expand into eight new cities by this year, including Mumbai, Delhi, Pune, Hyderabad, Coimbatore, Kochi, Ahmedabad and Kolkata. Lal mentions that from August onwards the hiring pace will also be increased. “It has been some time since the pandemic hit and now that we have more clarity regarding the road ahead, we plan to step up hiring efforts for the next few months,” she reveals.

Ather’s biggest strength in hiring has been through referrals. “People who join us are usually those who have been following Ather and are interested in the organisation. We keep conversations going with potential candidates even when we do not have any open positions,” she says. The auto-manufacturer has already onboarded 25 people across roles until now.

As a part of its people initiatives, Ather has rolled out a couple of programmes for the benefit of its employees and to keep them engaged.

It launched its podcast series called Noise Vibration Hoarseness (NVH), where the CEO sits down to answer any questions put forth by the employees. Oftentimes, different groups of people also get together to discuss the culture at Ather and the steps it is taking in the current times.

To curb the spread of rumours and control unnecessary cause for anxiety, it started an initiative called ‘Rumour has it’, wherein employees post any rumour or information they have heard doing the rounds, and post it on the Company intranet. Then, a person from the relevant department addresses the queries. For instance, if there is a rumour of layoffs going around, the HR department takes up the opportunity to clear the air.

Except for employees at the plant and the experience centres, called Ather Space, the rest of the employees are currently working from home.