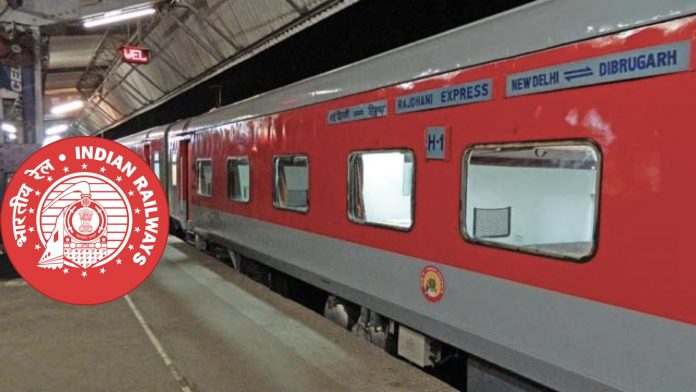 From a shorter and better recruitment process, to hiring retired professionals and paid foreign trips for the non-gazetted staff, Indian Railways is setting new benchmarks as an employer.

The winds of change are sweeping over some of the PSUs known for their not-so-fancy employment practices. They are now re-looking at how they hire and engage talent. Be it the changing times or the current circumstances, the track that Indian Railways has just set on, is sure to make it a sought-after employer.

Following its decision to shorten its hiring duration to six months, by going online, Railways is now likely to hire retired employees in the Mumbai division of both Central Railway and Western Railway by next year, to compensate talent shortage. That being a wise move, could prove to be a win-win for both the employee and the employer. While the corporates have already been taking advantage of the years of experience and expertise that retired or senior professionals bring to the table, Railways would be the first PSU to implement this.

Although it is an ad-hoc measure to fill in the vacancies in the technical and operations departments, until new recruits are appointed for the same, it would still benefit both the retired professionals and the system immensely. Currently, there are over 10,000 vacancies in the division in different grades and cadres. The retired staff will be eligible to work till 65 years of age.

The divisional railway managers of both Central Railway and Western Railway are empowered to re-engage the staff, who are competent and suitable to fill the vacant positions. While the CR has already floated a tender to hire as many as 672 employees, the WR is likely to frame a draft policy and invite applications by next week.

The South Central Railway recently floated a proposal last week, for a six-day “recreation tour” of Singapore and Malaysia for non-gazetted serving employees.

Regarding the salary, the board’s circular mentions that the remuneration of retired employees hired for this purpose would subtract the pension amount from the last basic pay drawn. The remuneration would also include a payment of the required percentage of dearness allowance.While retired employees, who have applied for the jobs, are looking forward to rejoining, the process of re-engagement is likely to be completed by February 2018.

Moreover, in a first, the Railways has also proposed a recreational foreign tour for its non-gazetted staff. Gangmen, trackmen and other non-gazetted employees of the Railways will apparently be taken on a foreign trip on government expense, purely for recreation purposes.

Railways is now likely to hire retired employees in the Mumbai division of both Central Railway and Western Railway by next year, to compensate talent shortage.

The South Central Railway recently floated a proposal last week, for a six-day “recreation tour” of Singapore and Malaysia for non-gazetted serving employees. Interested employees have been asked to pay 25 per cent or Rs 15,000 via demand draft, while the Railways will pay the remaining 75 per cent from the Staff Benefit Fund. As per the circular on the proposed tour, employees with lowest-pay level and those approaching retirement will be given preference.

The fund is created from the Railways’ reserves every year and given to all zones for philanthropic purposes, which may not extend to a leisurely foreign trip. The Staff Benefit Fund is governed by strict rules to advocate what can be done with the money. There is no mention of a foreign tour for recreation purposes, although there is provision of employees and children’s camps, which are short-term domestic tours, for which the railwaymen avail of free passes for themselves and their wards and travel by trains. A foreign tour is a first.

Early this year it had conducted the world’s largest online recruitment drive to fill up over 18,000 vacancies across categories. In September, 2017, it had announced a 78 days’ productivity-linked bonus. Last month it said that it would tighten its norms around dealing with absentees, not accepting callous behaviour at work.

The zonal railway has tied up with a private tour operator selected for being the lowest bidder among three vendors to plan and execute the tour. The total package is for around Rs 59,000 including airfare, hotel stay and entry fee to Universal Studios, and so on. The Railways is looking to provide the exposure of a foreign trip to its lower level staff through this tour.

Indian Railways has also made other important changes in the way it manages and engages talent this year. Early this year it had conducted the world’s largest online recruitment drive to fill up over 18,000 vacancies across categories. In September, 2017, it had announced a 78 days’ productivity-linked bonus. Last month it said that it would tighten its norms around dealing with absentees, not accepting callous behaviour at work.

While such practices and perks may not be new to the corporates, it can certainly set new benchmarks for the public sector. Also, by providing such an opportunity to its non-gazetted staff, Indian Railways has set a strong example of an employer that cares for its staff across levels. With such practices in place, Indian Railways is trying to re-work its employer brand and may become a preferred employer amongst the PSUs in the coming times.