Over 10,000 contractual employees from more than 40 Odisha government departments held a day’s peaceful protest on 11 September 2022, seeking change in policy.

These employees want to be paid salaries as per ‘equal pay for equal work’ policy. They want the state government to do away with the rules of contractual appointment.

The protestors comprises welfare extension officers and teachers as well who protested despite the heavy rainfall. The protest was held under the aegis of the Odisha Government Contractual Employees Association.

The Association has been demanding an end to the system of contractual employment for some time now.

The protestors maintain that even though the State government did try to appoint teachers with raised salaries initially following the repeated demands of the Association, their salary was not regularised for six years.

Even after regularisation post six years, the contractual period of work of these employees is not taken into account in their service period for regularisation. This affects their promotions, because without considering these six years, a contractual worker can only hope to regularised after 16 years of service instead of 10. They cannot expect their remuneration structure to be revised before 16 years.

The protestors threaten to prolong demonstrations if their demands are not fulfilled. While their protest was peaceful this time and did not affect traffic or disrupt any services, they may resort to tougher forms of protest if the state government fails to take favourable action. 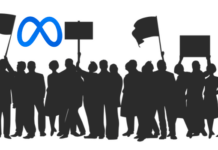 Google CEO determined not to be swayed by employee protests