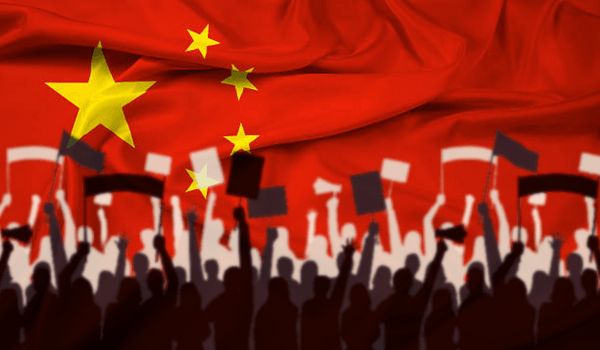 Workers in the Chinese city of Chongqing have staged protests after thousands were abruptly laid off by Zybio, a manufacturer of COVID-19 test kits. Online videos show workers vandalizing the company’s offices, demolishing boxes of test kits, and clashing with police in riot gear. The unrest began when the company suddenly laid off nearly 8,000 employees, with workers being told they could leave for the Chinese New Year, two weeks before the occasion.

Many of the employees laid off were hired by the company in 2022 to meet the urgent demand for tests under China’s zero-COVID policies. However, after the Chinese government abruptly abandoned these policies, putting an end to mandatory testing, the pharmaceutical manufacturer was hit hard. A Zybio worker confirmed that the protests were sparked by the company’s abrupt layoffs.

This is not an isolated incident as China currently faces severe unemployment, with about 20 million people aged 16 to 24 out of work in cities and towns, according to CNN calculations based on official statistics. The youth unemployment rate in China has hit new highs this year, rising from 15.3% in March to a record 18.2% in April, and continuing to climb for the next few months. It’s a sign of the country’s economic struggles as top companies operating in China lay off their employees.

Ola lays off 10% of its workforce across sectors