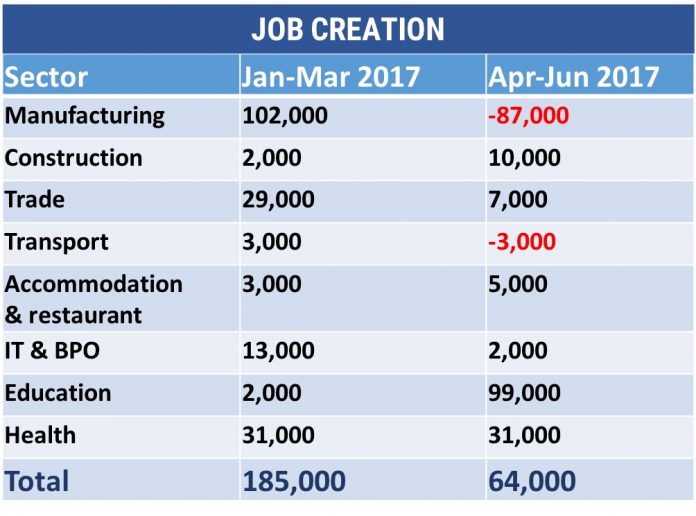 While six out of eight sectors have added new jobs, manufacturing and transport have lost jobs.

The quarterly employment survey report from the Labour Bureau, an attached office of the Ministry of Labour & Employment, reveals that 64000 new jobs were added between April and June 2017, over the January–March 2017 quarter, across eight sectors at an all India level.

Six out of eight sectors have added new jobs, while manufacturing and transport have lost jobs.

The loss of jobs in the manufacturing sector has been primarily due to drop in contract and casual jobs. 39,000 regular manufacturing jobs were added during this period, but 54,000 contractual workers and 72,000 casual workers lost their jobs. In this sector, there was no change for the self-employed.

The survey covered 11,179 units in the eight sectors throughout the country, including all the establishments with 10 or more workers.

Salaries of postgraduates grow faster than that of graduates: Korn Ferry...

Being part of a team increases engagement levels: Study