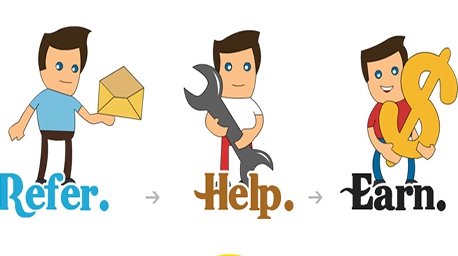 Employee referral programmes that started out as strategic, low-cost and popular tools to identify and hire good talent have now become somewhat of the proverbial albatross around companies’ necks, claims a TeamLease survey.

According to the study, chief among the pitfalls of the recruitment tool were, not matching up to scale vis-a-vis the company’s overall workforce (72 per cent of respondents) and progressively less contribution to overall hiring (63 per cent), followed by certain aspects inherent to referral programmes creating discord among employees (60 per cent).

Not far behind, with 42 per cent of the responses, was the sense of entitlement that referred employees brought with them to the firm. While obvious advantages such as fifth to a twentieth of traditional hiring costs, a 50 per cent greater likelihood of the referred employees staying with the company long term, and 66 per cent of such employees being faster to catch on with their job, such programmes should ideally be considered and adopted as a smart choice.

However, according to industry respondents, the downsides of such programmes are far outweighing the advantages.

How referrals hurt the company
In India, most referral programmes are based on monetary benefits to the referees, a practice that in turn stirs up a hornet’s nest of issues. Herding of referees and employees hired on their recommendation thus alienating others in the company is a common fallout, while the biggest detriment comes in the form of mediocre performance and laxity in innovative thinking and ideation.

Referred employees, according to an organisational design specialist, further create a comfort zone for themselves with their respective referees as their go-to-persons in cases of conflict or difficulties.

Further, power to command or lead automatically tilts in favor of the referrer against the legitimate superior, given that the former gets the employee on board and is owed greater loyalty to. The exclusive and superior mentality with which recommended hires come adds another nail to the coffin.

What needs remedied?
All these issues, naturally, do not bode well for a company’s growth or culture. While referred hiring helps to locate hidden talent, which may not come forth via random applications to a company’s advertised position, monetary benefits to referees to recommend someone often lead to hiring the wrong person.

Overselling the position to get a known person on board is not a one-off incident, claims a recruitment consultant. Too much familiarity with the company’s culture for the referred hire, often perpetuated in a biased direction by the referee, may limit the latter’s communication and effort to integrate.

This divides employees into microcosms that do not make efforts to connect with others, and those whose referrals don’t convert into hires feel alienated further.

Checks and balances
Referral programmes, however, may not be written off as dead ducks yet. Industry practitioners still believe that the benefits of referral programmes are easy to accrue if changes are made in the way these programmes are built. They recommend creating a valuable brand first, which automatically leads employees to refer good candidates without the expectation of a monetary benefit.

Engaged employees, according to a specialist on referral initiatives, are often considered the best assets of a company who pay it forward and bring in the best candidates as referrals. Adding a formal recruitment process with performance expectations set out at the start can do wonders.

Even after specifying performance expectations during the recruitment process, which are inherently higher for referred candidates, the key is to not put the referral programme at a pedestal.

Controlled initiatives and communication with regard to employee referral activities can contribute much more towards making the programme a success.

How technology is changing our perspective on teamwork

57% senior executives in India hopeful of job growth in 2019