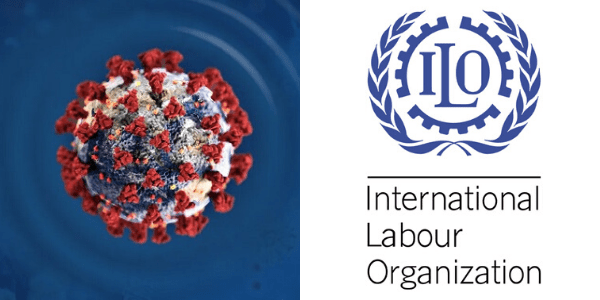 Lockdowns and other restrictive measures to contain the pandemic have had a devastating impact on already weak labour markets, as well as production and consumption, as per ILO.

Unemployment is already skyrocketing in many countries and total work hours across the world have fallen by 10.7 per cent between the second quarter of 2020 and the last quarter of 2019. According to ILO this loss of work hours is equivalent to 305 million full-time jobs – assuming a 48-hour working week.

While certain sectors and industries have successfully moved online, pointing the way towards exciting innovations in the world of work, millions of workers have lost their livelihoods because their sector couldn’t shift to the online model. The sectors which couldn’t migrate online have bene termed as high risk. Sectors such as accommodation and food services, real-estate businesses, manufacturing and wholesale and retail trade fall under high-risk fall under this category. Globally, around 38 percent of the workforce – some 1.25 billion workers – are employed in high-risk sectors.

Those toiling in the informal economy – often without rights at work and social protections – suffered a sixty percent decline in earnings in the first month of the crisis alone. Even those under social security in advanced economies are at risk. ILO predicts that in addition to physical safety, the virus is threatening the social networks, access to health services, pensions and jobs of the older individuals. Less than 20 per cent of the elderly living in developing countries receive any form of pension. Losing this option may lead to old-age poverty.

Refugees and migrant workers have been particularly affected by the economic crisis. Their workplaces, which are concentrations of high-level temporary, informal and unprotected workers, are characterised by low wages and lack of social protection. The loss of income in many cases has come with an inability to meet one’s basic needs.

Similarly, domestic workers also have been hit hard worldwide. Out of almost 67 per cent domestic workers worldwide, 75 per cent work informally, 80 per cent are migrants and a vast majority are women. Loss of jobs or illness have serious consequences for them as they do not have access to healthcare, sickness benefits or any employment benefits.

Other sections of the populace, such as persons with disabilities, indigenous peoples and members of disadvantaged ethnic groups, refugees, internally displaced people and smallholder farmers among others are also the ones likely to be affected. The large number of low skilled workers also fall under the category of high-risk workers.

Sectors employing a younger workforce such as manufacturing, retail, accommodation and food services have been hit hard with almost 4 out of every 10 employees taking the brunt of it. That along with the disruption of education and training spells out the possibility of a Lockdown Generation coming out of this pandemic.

ILO predicts that many of those people who have lost their jobs and their livelihoods in recent months will not be able to re-enter labour markets any time soon, specifically women who may be disproportionately amongst the first out and the last to return, due to gender discrimination and precarious working conditions.

However, there are sectors such as education and Human health and social work activities which employ 60-70 per cent women and also fall under low risk category.

The policy brief outlines three areas where large-scale and proactive policy actions should be pursued. Already governments and partner organisations have taken a range of bold measures to minimise the impact of the pandemic. A total of $9 trillion has already been allocated towards fiscal stimulus plans.

Providing immediate support to at-risk workers, enterprises, jobs and incomes, is the first action recommended in the policy brief. Urgent steps to prevent closure of enterprises, job losses and income decline are needed. These include, extension of social protection coverage and outreach for those at risk. Well-designed social-protection measures can also contribute to a gradual transition from the informal to the formal economy. Employee- retention measures need to be applied, which include wage subsidies.

Sustaining business, especially MSMEs’ operations, avoiding increasing vulnerabilities through gender-responsive, inclusive, accessible and targeted measures, based on social dialogue, and rewarding essential workers who hold the system together are some of the other measures suggested .

The next plan of action is to ensure a comprehensive approach to returning to work. This entails designing policies to ensure safety and health of workers while ensuring the resumption of economic activity. This includes creating safe and accessible workplaces, respecting the needs and rights of workers and employers — such as introducing flexible schemes for the return to work, effective testing and tracing (T&T). Testing and tracing, well-designed active labour market policies (ALMPs), including public employment programmes (PEPs), capability-building measures for those facing uncertain transitions, flexibility in continuing alternative work modalities for populations-at-risk, such as the elderly and persons with disabilities, are required.

The third policy change suggested is creating decent and productive jobs for a green, inclusive and resilient recovery.

The changes suggested along this route will include the following:

Job creation through greening economies and investments in nature: With the right policies in place to promote greener economies, millions of new jobs can be created globally by 2030. According to one estimate, renewable energy projects create twice as many jobs as fossil fuel investments.

Investment in the care economy: According to the brief, care work would result in 269 million additional jobs compared with the number of jobs in 2015.

Prioritising skills and jobs for young people: To avoid a lock-down generation and long-term negative impact in terms of career development, employment, labour market and entrepreneurship policies should explicitly target youth. This includes a focus on those experiencing a disruption to their education and training, along with those in work-based learning, such as apprentices, new labour market entrants, the unemployed and those who are in the informal economy and are underemployed.

Building a sustainable business environment and supporting MSMEs: This will be key to the recovery process. Support for MSMEs should focus on social and environmental sustainability. Building alliances between large and small businesses is also suggested.

Other measures include, leveraging new technologies with adequate regulations to protect workers, targeted policies for hard-hit groups, such as public works programmes and employment-guarantee schemes, including local community-based incentives.

The world of work will not, and should not, be the same after this crisis. All the fragilities exposed by the pandemic will need to be dealt with through coordinated, global, regional and national efforts.

It is not as if the world before COVID was free of problems. Pre-COVID, only 57 percent of people of working age were employed, which is around 3.3 billion, and around 188 million were unemployed. Majority of those with a job worked in the informal sector without rights or social protection, earning low wages trapping them in poverty. Informal employment was particularly high among women, almost 62 per cent, and dominant in the agriculture and service sectors.

Business travel, a sought after perk; preferred over high salary