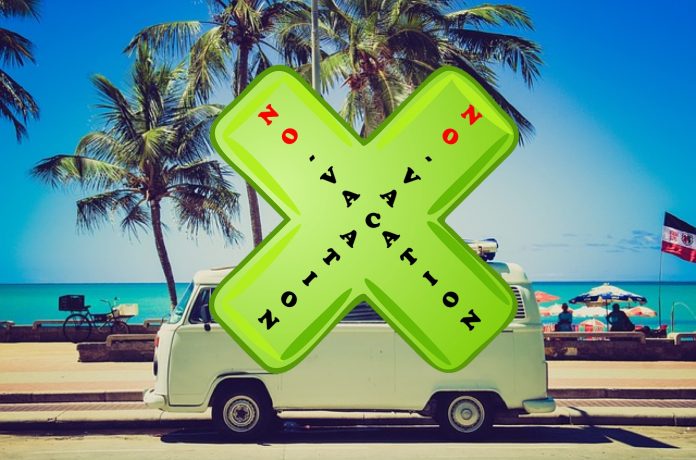 Around 55 per cent Indians feel that lack of vacations decreases productivity.

India is one of the most vacation-deprived countries in the world, and at least 60 per cent of Indians agree with this. India is the fifth country in the world to think so, after South Korea, where 82 per cent feel vacation deprived. In France, 66 per cent voice a similar opinion, while in Malaysia and Hong Kong the numbers are 65 and 64 per cent, respectively.

Around 55 per cent of Indians have taken fewer vacation days than they are entitled to. Although, on an average, Indian employees get 20 days of leave every year, they have availed only 15 days of annual leave in 2017, according to a survey, Expedia.

Indians have always had the tendency to save for the future and they do the same even with their leaves. Around 37 per cent want to carry them over to the next year for a longer vacation and 47 per cent wish to save them in case something comes up in the future. While 25 per cent of respondents from India are unable to go on a vacation due to lack of funds, 30 per cent do not take vacations because they want to encash their leaves and earn some extra bucks.

Organisations should encourage their employees to go on vacations. In fact, the practice should be ingrained in the culture. Around 76 per cent Indians —second in the world—say their employers are supportive of them enjoying their vacation time.

However, a small percentage of workaholic Indians seem to be on a guilt trip while availing holidays. Around 10 per cent feel guilty going on a vacation and 16 per cent feel that availing their vacation time to the fullest will be perceived negatively by their employer. 24 per cent fear that significant decisions will be made at work in their absence and they will miss the opportunity to be part of these important prospects. Many Indians (11 per cent) do not avail all their leaves simply because their bosses do not. There are also 17 per cent of Indians who use all their vacations for illness.

Most Indians seem to take their work life quite seriously. Around 57 per cent decide on the length of a trip on the basis of impending workload on their return from the holiday and 67 per cent cancel or postpone holiday plans because of work.

On a week-long vacation, 37 per cent Indians would check their work e-mail or voicemail more than once a day and 21 per cent check once in a day. Only 10 per cent Indians avoid checking their e-mails when on vacation.

HR of the future has to adopt robotics and accelerate technology