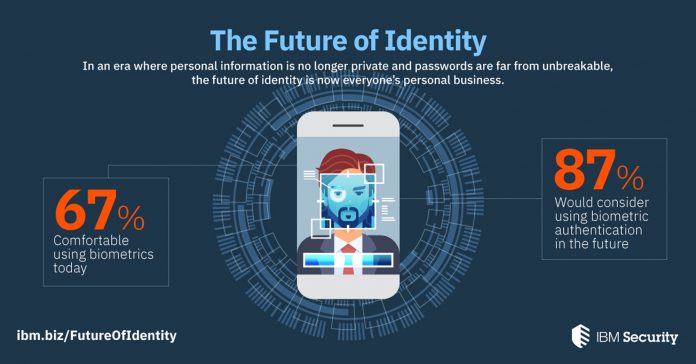 IBM Security recently came up with its global study titled, Future of Identity Study, detailing consumer perspectives around digital identity and authentication. As per the report, the young work force, across the globe, now prioritise security over convenience when it comes to logging into applications and devices. Also, the millennial employees do not put much effort into maintaining traditional password hygiene. Rather, they prefer using biometrics, multifactor authentication and password managers to improve their personal security.

The study took 4,000 adults into account from the US, United Kingdom, France, Italy, Germany, Spain, Australia, India and Singapore. The findings revealed that the majority ranked security as the highest for logging into the majority of applications, especially the money-related apps. While 67 per cent respondents said they are comfortable using biometric authentication today, 87 per cent say they’ll be comfortable with these technologies in the future. Also, 75 per cent millennials are comfortable using biometrics today, while less than half are using complex passwords, and 41 per cent prefer reusing their passwords. However, the older respondents showed more care with password creation, but were less inclined to adopt biometrics and multifactor authentication. The respondents across the APAC region were more open to using biometric authentication. However, those in the US lagged behind the maximum in these categories.

Since millennials are slated to form a sizeable chunk of the corporate workforce, this finding can impact the way employers and technology companies provide access to devices and applications to the younger workforce in the near future. Overall, respondents recognise the benefits of biometric technologies, such as fingerprint readers, facial scans and voice recognition, as threats to their digital identity continue to mount.

“In the wake of countless data breaches of highly-sensitive personal data, there’s no longer any doubt that the very information we’ve used to prove our identities online in the past is now a shared secret in the hands of hackers. As consumers are acknowledging the inadequacy of passwords and placing increased priority on security, the time is ripe to adopt more advanced methods that prove identity on multiple levels and can be adapted based on behaviour and risk,” states Limor Kessem, executive security advisor, IBM Security, in an official statement.

Since millennials are slated to form a sizeable chunk of the corporate workforce, this finding can impact the way employers and technology companies provide access to devices and applications to the younger workforce in the near future.

For banking, investing, and budgeting-related apps, 70 per cent respondents gave top priority to security, 16 per cent chose privacy and 14 per cent preferred convenience.

However, for social media apps, convenience was the priority, with 36 per cent giving it top preference. It is closely followed by security (34 per cent) and privacy (30 per cent).

The survey also took into account consumers’ opinions around the security of various login methods, and it reached a consensus that certain types of biometrics were viewed as more secure than passwords, yet security and privacy remain top concerns when it comes to adopting biometrics.

The survey also highlighted differences in generational viewpoints in securing online identities. While the older lot displayed better habits when it comes to password creation, the younger lot of employees were more inclined to adopt password managers, biometrics and multifactor authentication as a way to secure their online accounts. This indicates that the millennials have less confidence in passwords and prefer alternative methods to secure their accounts.

Why Indian leaders need a shift in mindset to embrace digital