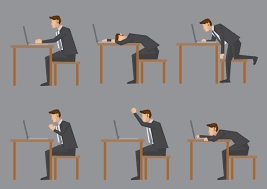 Even those who exercise regularly are at risk if they have a long sitting job.

According to a study published in the Annals of Internal Medicine, people who have desk jobs are almost twice as likely to die younger. So high is the risk, that the researchers are calling it the ‘new smoking’. The study found that people who have to sit for long hours at their desks are more prone to dying at a young age.

Surprisingly, the research says that even those who exercise regularly are at risk if they have a long sitting job. So, one cannot even blame the sedentary lifestyles of today.

According to Keith Diaz, co-author of the study, from Columbia University Medical Centre, it’s not just about looking at sedentary behaviour as the sheer volume of how much one sits around each day. Previous studies have suggested that sedentary patterns – whether an individual accumulates sedentary time through several short stretches or fewer long stretches of time – have an impact on health anyway.

The study was done with the help of 8000 Americans, aged 45, who were fitted with activity trackers for at least four days in a week. It was found that, on an average, participants were inactive for 12.3 hours out of a 16-hour waking day. With that, and other factors such as age, sex, education, smoking and high blood pressure, researchers found that the overall length of inactivity was linked to changes in the risk of death from any cause – even when participants performed moderate to vigorous exercise.

The study concluded that those who were inactive or deskbound for 13.2 hours a day were 2.6 times more likely to die early than those who spent less than 11.5 hours of their day inactive. Having said that, it is important people take note of this silent killer. The study suggests that people with sedentary work lives can try and waive off an early death by getting up and moving around at least every half an hour.