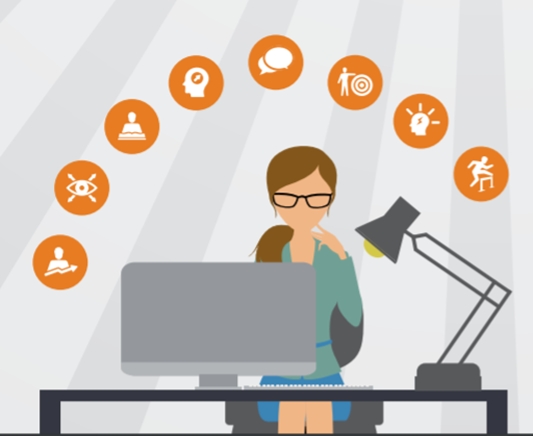 What skills do we need to stay relevant at an automated workplace?

It has been believed for a long time now, that automation will kill jobs and make people’s skills redundant. Now here is an exhaustive study by Infocorp—commissioned by the Manpower Group— of 20,000 employers across 42 countries, which suggests that for at least the next two years, automation is expected to create more jobs. Of the companies that were surveyed, 86 per cent said that they plan to maintain or increase headcount due to automation. In fact, 20 per cent of these companies plan to increase their workforce and only 10 per cent expect to reduce workforce due to automation.

It is also true that people will need to acquire new skills in order to stay relevant at the workplace. Ubiquitous skills will experience stagnating pay packages, and an unsecured future, playing out in politics, protectionism and populism. The survey suggests that human strengths are skills that will augment technology and reduce the threat of replacement by automation—traditional soft skills, such as communication, collaboration and creativity, as well as uniquely human traits such as empathy, relationship building, cognitive ability, curiosity and the desire to learn. Communication skills are especially important in IT functions, where people are increasingly working across teams leading digitisation. The most important is that all employees will need digital, problem-solving and collaboration skills, as more organisations and functions are poised for greater levels of digitisation.

It’s also true that the effect of automation will not be uniform across functions or verticals. While there will be certain functions, which will create more jobs, there will also be others, which will have to downsize.

While the common belief was that manufacturing will reduce its workforce due to automation of the shopfloor, the study suggests a contrary view, where more companies are planning to hire than shred the workforce. Around 24 per cent of the companies surveyed planned to increase the headcount, while 19 per cent were expected to decrease the same. The emergence of Industry 4.0 will fuel the advanced manufacturing renaissance. As manufacturers recalibrate their workforce and experiment to find the right digital skills, other industries will soon follow. By 2020, there will be up to two million unfilled manufacturing jobs in the US, which implies that there will be more jobs and less talent available.

The emergence of Industry 4.0 will fuel the advanced manufacturing renaissance. Manufacturers will recalibrate their workforce and experiment to find the right digital skills.

Once siloed and stand-alone, today the IT department is a cross-functional, core element of business transformation and it will continue to attract more people. In this function, there will be the steepest increase in headcount with 14 per cent ready to hire and only five per cent planning to reduce its workforce. For instance, in the finance sector, the demand for IT hires is expected to be five times greater than hiring for accountancy staff.

One function likely to benefit in the age of automation is the frontline or customer-facing jobs, where probably it is difficult for machines to replace humans. 15 per cent of companies planned to hire more for this function while only nine per cent were expecting to reduce the headcount. The increase in hiring in this sector will be due to rise in consumerism and the value companies now place on customer service and last-mile delivery in a digital world.

Not just a college degree, but communication, digital, problem-solving and collaboration skills will be of higher importance in the automated workplace.

At the same time, roles that are routine or add less value to customers are under great threat of automation. That is why, there will be a drop in headcount in functions, such as admin, finance and accounting. For the administrative and office function, 16 per cent of companies plan to have fewer people now, while only nine per cent plan to increase. However, people with collaborative, communication and problem-solving skills will be valued in this function.

One function expected to be largely unaffected by automation is human resources, where only five per cent companies plan to reduce, while five per cent also plan to hire more. However, businesses want HR professionals to possess more problem-solving and customer-service skills.

Most Indians believe the job scenario is worsening: RBI Survey