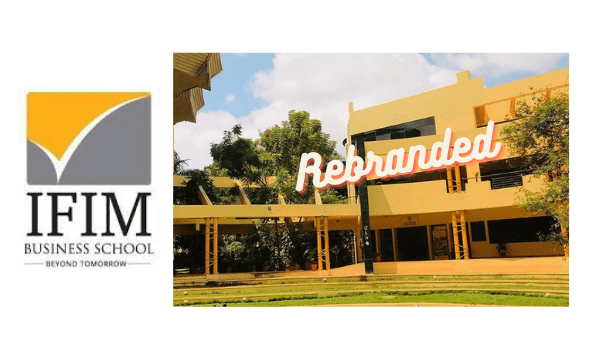 IFIM Business School Bangalore — which is well known for its employability-oriented curriculum and strong industry-interface — has been rebranded as the Jagdish Sheth School of Management (JAGSOM), with the approval of the global thinker, renowned academic and Padma Bhushan Awardee, Dr Jagdish Sheth, after whom it has been named.

After over 25 years of successful contribution to the world of academics and becoming an AACSB accredited and globally-ranked institution, Sanjay Padode, present chairman and trustee/promoter of JAGSOM, feels “it is time to cut the umbilical cord and give more wind under its wings by professionalising the governance of the Institution.” Padode has given up his position as chairman of the Board so that the Institution can be pushed forward on its globalisation journey.

Globally known for his scholarly contributions in marketing, competitive strategy, and geopolitical analysis, Prof. Sheth is Charles H. Kellstadt Professor of Business in the Goizueta Business School at Emory University. He has more than 50 years of combined experience in teaching and research at the University of Southern California, the University of Illinois at Urbana-Champaign, Columbia University, MIT, and Emory University.

Sheth has also been advisor to numerous companies, including Whirlpool, Motorola, AT&T, WIPRO, Aditya Birla Group, E&Y, Hughes Corporation, and others. He has published numerous books and award-winning articles. Professor Sheth has been advisor to the Government of Singapore in repositioning the nation for the future. He has also been the policy advisor to the US Government about the future of the telecommunications industry.

His achievements were recognised by the Government of India, by presenting him the prestigious Padma Bhushan Award this year.

In 2018, IFIM B-School, became the 6th B-school in India to be accredited by AACSB International. Recently, it was was ranked by QS Masters in Marketing Ranking 2021 amongst the Top 100 such programmes (in 51-100 band) in the world for its PGDM marketing programme.

Atish Chattopadhyay, director, JAGSOM, highlighted the fact that this is “the first time that an Indian management institution is being re-named to honour a globally-renowned scholar” and made the shift from being “an owner-driven institution to an academic-driven institution”. The rebranding will “result in higher visibility in the global arena”.

How to deal with burnout at work

Samsung, Amazon and Accenture among top employers of mobile talent in...