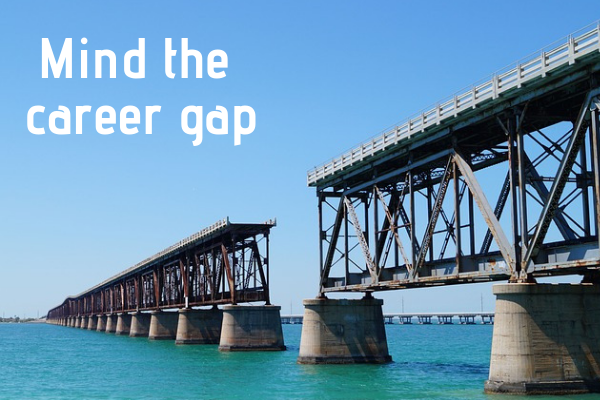 Two batchmates of a premium business school work in the same function for a large IT company. This may seem like a usual story, but there is something unusual. The two batchmates are at different salary levels. Reason, the first one bagged the job through campus placement, while the second one joined the company through a reference, a few months after he got his professional degree.

This gap between completing a professional course and landing a job is considered a blotch in one’s career. The after-effect isn’t just a passing phase, but is mostly long-lasting. So much so that even when someone is trying to switch jobs, years later, she/he may required to justify this gap.

The industry may just deny this — the preachy world is quite different from the practical one. However, the fact of the matter is that there is a constant pressure on students to bag a job at the campus, else lose their bargaining power. They may or may not like the job they are offered, but it is always advised to take up the best that is offered at the campus.

The moment one is out of the campus, the prospective employee experiences a steep decline in value proposition in the job market. It’s very similar to the situation where professionals lose their power to bargain the moment they are out of the job.

“The fact is that immediately after the class 10 boards, students are compelled to choose subjects and streams which means you get enough time to think and take a firm call”

Remember, the phenomenon is not just restricted to professional courses, the same trend has engulfed even the general degree courses. The pressure to grab a job or pursue higher studies, almost immediately after college, now seems to have extended to general courses as well. Else, the interviewer may even question their competencies.

Adil Malia, CEO, The Firm, says, “Effective punctuations have their own value. They embellish and add fresher dimensions to the beauty of a sentence. Break-years do exactly that. They provide time and gap for those moving away from one phase of their career to another. They provide them a chance to evaluate other meaningful opportunities and explore fresher and generally unventured avenues leading to the development of a wholesome personality. Personally, I strongly advocate meaningful gap-years.”

In a nutshell, the industry doesn’t like any ‘gaps’ for whatever reason. Having said that, the reason for a gap can be anything. Sometimes, it can be a compulsion due to medical emergency, family problems, or just out of willingness to introspect and rethink about the future.

One may argue that it’s not necessary to take a break to introspect. Rather, one has to be focused and determined.

Archanaa Singh, senior vice-president, human resources, Reliance Broadcast Network, agrees that in this competitive world, if students take a break or gap to rethink what they have pursued all the while, especially those enrolled in professional courses, they may be considered to be indecisive. Instead, leaders have to be firm and committed from day one.”

“Break years provide time and gap for those moving away from one phase of their career to another. They provide them a chance to evaluate other meaningful opportunities and explore fresher and generally unventured avenues leading to the development of a wholesome personality. Personally, I strongly advocate meaningful gap-years”

“The fact is that immediately after the class 10 boards, students are compelled to choose subjects and streams which means you get enough time to think and take a firm call.”

Point taken. A U-turn is not always acceptable. For instance, a person pursues a degree in medicine for five long years and then decides against wanting to become a doctor. Similarly, one is trained to join the armed forces but decides not to follow the course post completion of the training.

However, the fact remains that not every student is the same. There are some who have the vision or are guided by their parents, elders or teachers, on what career path to choose. Then, there are also students who may need some time to rethink, re-strategise and firm up their professional goals. However, it doesn’t mean that the latter are in any way less talented than the former.

“Career gaps are often considered a taboo and such beliefs are widely practised. However, personally, I do not believe in this. I hired a woman at the managerial level with three years’ career gap because she scored fantastically well in the interview.”

Discriminating students based on their campus placement isn’t always the right strategy for any employer.

As Malia says, “Any employer or organisation that is against career breaks and career gaps appears to be sponsoring outdated people beliefs, and old-world culture and philosophies that are not advisable in the long run.”

Suruchi Maitra, CHRO, Lenskart, says, “Career gaps are often considered a taboo and such beliefs are widely practised. However, personally, I do not believe in this. I hired a woman at the managerial level with three years’ career gap because she scored fantastically well in the interview.”

In fact, not all interviewees and employers are the same. It takes a lot of conviction for the employer to undermine a career gap.

Singh of RBNL says, “The fact is that the student will need a really convincing story to justify the gap and the employer may consider it on humanitarian grounds.”

A senior HR practitioner of a large IT company believes that accommodating those with career breaks is the problem of the candidate and the institute, and not that of the industry or the employer.

He argues, “When employers visit a campus for recruitment, they go to hire a particular batch with specific requirements. The onus to include students from previous batches and those with gaps lies on the institute and their placement committee or at most the student. Why should the industry be blamed for this?”

When we agree that all students aren’t similar, why do we expect that they will all tread the same beaten path?

It may be a competitive world out there, but does that mean one opportunity loss lasts forever? People are entitled for a second chance, right?

Is it the existing educational system or the employers responsible for creating such a mindset, where people have to pay the price for wanting to experiment?

The reality is that there is absolutely no chance to take a U-turn once you have taken the break. Therefore, it is advisable to play safe. 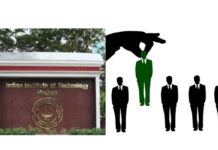 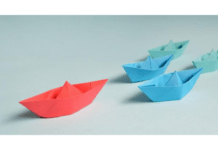 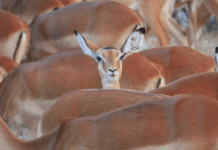 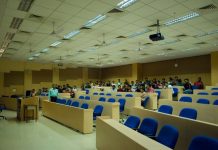