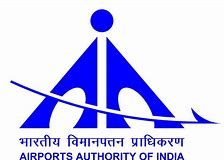 HRK News Bureau - December 6, 2018
0
The staff of state-owned Airports Authority of India (AAI), under the aegis of the AAI Employees Union has been protesting against the Government’s move...

Airports Authority of India to hire 37 HR professionals: salary up...

The online registration of applications has begun on July 16 and the last date of submission is August 18. The online exam is likely to be conducted on September 11 to September 14.

AAI has commenced the recruitment drive to fill approximately 2,100 posts by 2016-17 in different cadres.

The staff requirement is expected to rise as per AAI’s new capex plan and with more low-cost airports in the offing.