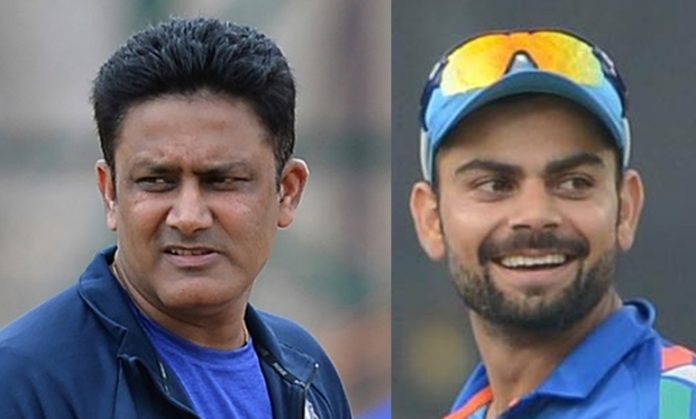 A coach should be able to establish trust with the team, especially the high performers.

In a recent movement after a year of taking charge as coach to the Indian cricket team, the revered Anil Kumble stepped down from his position this Tuesday, raising a series of speculations.

While people indulge in gossips and blame games, Kumble decides to take a back-foot from his role as coach, citing team captain Virat Kohli’s reservations against him and a breakdown in their relationship as a reason behind his decision.

While there may be various other angles to this case, one serious concern – from which corporates can draw some lessons – is a lack of trust between the coach and the captain/team. For any relationship to work well, trust is the key element.

Rajesh Padmanabhan, director, group CHRO, Welspun Group explains that the coach and captain represent the ‘two in a box model’, where collaboration is the key. “Only a strong chemistry and mutual trust makes this relationship work,” he says.

In agreement with the same, Prasanth Nair, managing partner and country head, InHelm Leadership Solutions also believes that a coach should be able to establish trust with the team and especially with the high performers. “Significant value addition to a high performer’s job ensures efficient coaching,” he says.

It is certainly crucial for the mentee to be able to see some value contribution by the coach and that means that a coach would have to adapt to different styles of coaching depending on the trainee’s skills and attributes. Coaching involves strategy making, planning, practicing and most of all, guiding the team and providing them emotional support.

All this is only possible when the coach shares a strong relationship with the team. Adil Malia, CEO, The Firm, says, “It has to be a long-drawn relationship. Administrative or politically driven appointment of a coach may not result in a fruitful relationship.”

In addition, while the responsibility of the coach is to plan, strategize and guide, the responsibility of the captain or a manager is to execute. Padmanabhan draws a parallel between cricket and corporate as he says, “While the chairman in a company is responsible for providing guidance, strategy and building trust, the CEO is the one who executes it all. Together they should be able to synergize well.”

Their personalities may be different. However, the coach needs to set the coaching style such that despite the distinct personalities they become complimentary and present a unified picture to the team or the workforce. The differences in opinions will always be there, but consistent and transparent team meetings, open discussions and a flexible approach on the part of the coach is what saves the game. As Nair says, “A template based approach never works well.”

Another aspect that ensures a harmonious relationship between a coach and the mentee is the fact that the mentee should be able to look up to the coach for helping him/her perform the job better. “Unconditional acceptance of a coach is the key to that innate trust,” says Malia. It’s about working together collectively to add value.

In addition, Padmanabhan believes that granular level role clarity for both the coach and trainee sets the expectations right and is crucial to establishing a strong relationship. However, despite all of this, if conflicts occur, timely intervention to resolve the same is extremely important such that it doesn’t reach a level where one has to step down.

While some of the cricket fans may not be too happy about Kumble’s departure, the move raises concerns for the next in line coach, with not much time left for the World Cup.

How are HR professionals evaluated and appraised for their performance?