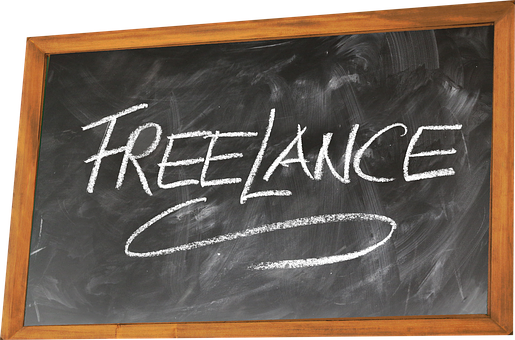 The gig economy has been praised for its ability to bring in cheap talent at the drop of a hat and increase the flexibility and agility of organisations. The concept has been realised well in the developed countries. Although the excitement for the gig economy is strong in India, the situation is somewhat different here.

Today, the term, ‘gig worker’, implies specialists or subject experts who are brought on board for a short period of time, to act as catalysts for specific projects. The concept of contract labour or third-party hiring is not new globally, and India has been the hub of cheap labour for a long time now.

However, if we look at it in the Indian context, the concept does not bring in the same benefits as in the developed countries. While we are excited about the prospect of roping in niche talent at a lower cost and on demand, the gig economy in India is going to need time to develop and deliver effectively on those prospects. Considering that it is inevitable, change, even incremental, is needed.

Presently, the gig economy, while seemingly advantageous, can present some equally undesirable results.

What is the upside?

The advantages are obvious. Quality talent will be available to organisations on demand, and with the growth of gig workers, the ease of access will only increase. Companies will be able to hire the right talent with much ease and this will make the organisations more agile in their working. Employee upskilling, to match the organisation’s needs, will no longer be as necessary.

“We do not yet have a pool of gig workers to draw from. In India, such workers are not really supported in terms of benefits and perks, and the rate of hiring such workers is not beneficial for them”

Apart from the core functions of an organisation, all periphery work can be outsourced and organisation of work will become project-based.

According to Abhay Srivastava, SVP-HR and CTO, Cipla, “By bringing in the right talent quickly, companies will become very agile in talent management. In a VUCA world, this will be quite helpful.”

Moreover, it aligns with the expectations that Gen Z will prefer freelance work more than permanent work. Therefore, there is no stopping the growth of the gig workforce. Opportunity for growth and flexibility of work–life balance is pushing the younger generation to turn to freelancing. This kind of a lifestyle will support, and in turn, will be supported by the gig economy.

What is the downside?

Things are not as straightforward as they seem.

First,the gig economy is still in its early stages of growth, despite reports of the growing gig economy flooding the Internet.

“People may not be willing to accept gig work as they are still attuned to opting for permanent work. In such cases, there may be a supply constraint for organisations willing to hire gig workers”

Quality of hire and availability of a resource pool is still a challenge for organisations. We are talking about specialised people coming in for short-term projects and then moving on.

Joyeeta Chatterjee, CPO, Future Consumers, argues, “We do not yet have a pool of such people to draw from. In India, such workers are not really supported in terms of benefits and perks, and the rate of hiring such workers is not beneficial for them.”

Kamlesh Dangi, group head-HR, InCred, agrees with Chatterjee. He says, “People may not be willing to accept gig work as they are still attuned to opting for permanent work. In such cases, there may be a supply constraint for organisations willing to hire gig workers.”

Second, for the gig ecosystem to function, certain supporting structures need to be in place.

As Srivastava puts it, the concept of gig economy has been applied very well only in developed economies, where there are strong social support systems in place, and all work is seen as equal. There is no hierarchy of work. “Because of our view of work here, and lack of social support system, the ability to experiment is less, and hence, people lose out on opportunities to freelance.”

“By bringing in the right talent quickly, companies will become very agile in talent management. In a VUCA world, this will be quite helpful.”

Third, moving past the lack of an available resource pool, we encounter another hurdle of verifications and security checks.

Hiring freelancers can be risky for organisations because adequate quality check mechanisms are absent. When hiring for a particular output, the organisation has to take a gamble and trust the worker to deliver. The lack of a centralised database or repository to check from only adds to the woes of the companies.

“Nothing is absolutely foolproof, and if background verification agencies do not do a good job then any past wrong doings will never be detected”, says Chatterjee.

And last but not least, there are potential opportunity costs, which companies may face. The employer–employee bond characteristic of traditional relationships may be absent in the gig economy. Display or ownership of work, innovation, and a drive to perform better for the company may take a backseat.

Even CXOs can feel stagnated in their career

Schneider Electric sets up Centre of Excellence in Bangalore