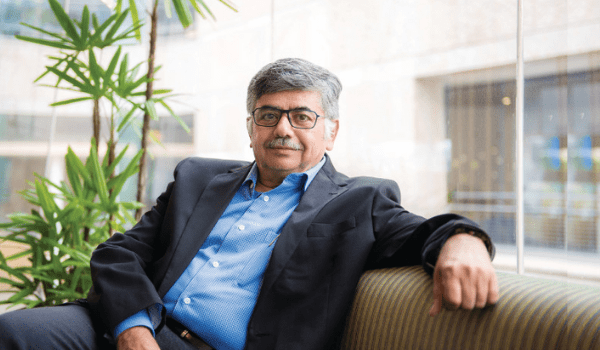 Everybody makes mistakes in their professional lives. Sometimes, those mistakes are huge and have severe consequences. Even so, it is important to own up to them, accept them and learn from them.

Bhaskar Bhat, former MD of Titan and board member, Tata Sons, believes, “It is important to welcome mistakes and errors as they provide important learning opportunities. One cannot learn as much from success as from failures.” Acceptance in such cases becomes a two- way street, with acknowledgement from the person who made the wrong decision and an acceptance from the leadership to forgive and give them a second chance.

The point is illustrated in the well-documented story of Titan’s foray into the jewellery business with Tanishq — in the mid 1990s — and its subsequent revitalisation after seven years of running at a loss. In 2002, months after Bhat had joined as the managing director at Titan, a meeting was called where the top brass of Tata came in to weigh how to proceed with the loss-making jewellery business. Tanishq lost a lot of money in the first few years of its existence. Those involved viewed it as a big failure. During the meeting, the former COO of the jewellery company, Jacob Kurien, made a presentation to the top team on how Tanishq plans to up its game and recover.

It was magnanimous of the top team and the chairman at that time, according to Bhat, to decide to give Tanishq one more year to prove that it can get back on its feet. He recalls what a great act of leadership it was on the part of Ratan Tata, who was willing to give the brand a second chance; and the others who arrived at the meeting without any preconceived decision to say ‘No’ to continuing the business.

Titan Engineering and Automation Limited (TEAL), which is now a thriving subsidiary business, began as a venture to supplement the watch-manufacturing capabilities in the early 1990s. The entire leadership community at Tata Group at that point in time, including the investor community, questioned the need to invest in the engineering business at all. They believed it was a mistake to encourage the team at the Precision Engineering Division (PED), formerly known as TEAL. However, despite the doubts, the leadership at Titan chose to go ahead and invest in the talent within the organisation, which Bhat believes, is a big lesson for leaders in encouraging and enabling talent to grow.

The team at PED comprised capable individuals and the results over time have proven the point that if people are trusted to achieve, they will. “Despite what the world says, if there is strength, commitment and competence within a team, and if they are encouraged to dream, they can achieve big in the future,” adds Bhat.

Over a period of time, what began as a watch-making business multiplied into several new verticals, including eyewear, fragrances, helmets and most recently, sarees. There is an inherent attitude to do more and think big at Titan, which Bhat terms as a ‘restlessness’ within the organisation. It originates from the top and seeps into employees at every level. In fact, new projects began with the entry into precision engineering, going up to the setting up of Taneira, the saree business.

This agility in movement and innovation, is something that Bhat witnessed and led during his own reign as the managing director, in 2004. It had been two years since the first managing director of the company, Xerxes Desai, had retired. It was Desai’s dream and vision, which had led the watch business into success. “After Mr Desai left the company, we had to change our strategy of being driven from the top to one of collective dreaming,” reveals Bhat.

To devise a long-term strategy, typically, organisations would hire a consultant to put a plan together or the business heads would come together to put their five-year plans into one long strategy. However, at Titan, things worked differently.

In 2004, Bhat unveiled Future Shock, which was the Company’s unique initiative to gather new ideas from employees at every level. Teams, of younger executives, were formed to look at possible growth opportunities, both in India and abroad. This brought about a sense of ownership among the employees. “A restlessness to innovate, to do more, is injected from the top. People should be allowed to explore and foster a ‘dare to try’ attitude,” asserts Bhatt.

An agile and innovative mindset, coupled with focus on talent growth, will surely go a long way to help organisations rise. Today, we are seeing a shift towards leaner organisations, even if by force of circumstances, to stay focussed on growth. However, at the core of it all, what matters is honesty and responsibility towards one’s stakeholders. “That a company needs to be a lean fighting machine is a wrong notion of business. It is about being good, doing things the right way and being responsible towards one’s stakeholders,” concludes Bhatt.

Bhaskar Bhat spoke on the core values, which are key principles for the leaders of tomorrow in the 100th learning latitude webinar hosted by the Tata Management Training Institute (TMTC). He spoke about rethinking of leadership’s approach to manage people, and shed light on a few learning lessons for the future leaders.