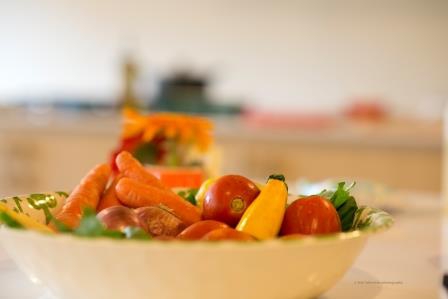 The team- building activities in a culinary setup allow participants to interact with each other in a non-threatening environment, with one of the most engaging, multi-sensory activities possible.

From performing arts to yoga and meditation, organisations have done it all in a quest to introduce unique and unconventional methods for engaging and developing their employees. Well, here is another art form that has chosen the gastronomic route to bring out the best in people—culinary art. Surprisingly, it was quite unexplored in India till Satish Venkatachaliah established ‘Something’s Cooking’.

Something’s Cooking is a culinary studio that offers opportunities for team bonding and HR learning initiatives in a culinary setting. It helps people interact with each other in a different perspective altogether— while preparing a meal.

The idea germinated about 10 years ago when Venkatachaliah visited Heidelberg for a global meeting, where he experienced a group cooking activity for the first time. “It was a unique way of having a team building activity and the experience was very memorable. It not only gave an opportunity to cook, but also get to know global colleagues beyond the realms of work-related conversations. Subsequently, I had a few more experiences across the world with similar outcomes. I found it intriguing that an activity as subtle as cooking could lead to such impactful outcomes”, he says.

The idea germinated about 10 years ago when Venkatachaliah visited Heidelberg for a global meeting, where he experienced a group cooking activity for the first time.

With this in mind, Venkatachaliah moved out of his corporate career in late 2012 and established Something’s Cooking, with an aim to provide an innovative solution to the needs of the corporate world in the areas of team bonding and experiential learning.

Sharing the intent behind the effort, he says, “It had to be a fun, engaging and exciting solution. Like we say in our secret to success, ‘Add laughter to taste’.”

Corporates can bring their teams over to celebrate, as a reward or just to regroup and encourage innovation, rapport and creativity, by inculcating a winning attitude. Culinary art can also be used as a medium to conduct training programmes and avail courses in management development, through associative learning, and team orientation— all set in a charged, laughter-rich environment!

The kitchen/culinary studio at Something’s Cooking has been designed such that teams have separate cooking islands that are self-sufficient to a large extent. However, each one draws from certain common resources. In a team-building initiative, where 5–6 people work on a single island or cooking station, they have to face each other, which ensures adequate communication in the group. These aspects reflect any real-time scenario in an organisation, where there are inter-dependencies within teams and across various teams at the same time.

This is why, Venkatachaliah says, “Cooking is an interesting metaphor to replicate in organisations, where people come together to create an outcome/product, which satisfies the needs of the end user or consumer. The output is not just the sum of the input, but requires alchemy to create a transformation. Sociologically, in the same way, cooking plays a crucial role in bringing people together”.

The team-building activities in a culinary setup, being the most sought after, allow participants to interact with each other in a non-threatening environment with one of the most engaging, multi- sensory activities possible — the preparation of a meal! “Complete culinary novices have concluded this programme with a new faith in their cooking abilities, established new friendships with their team-mates and a sense of individual and group accomplishment in having successfully completed their task”, Venkatachaliah shares.

The team-building activities in a culinary setup, being the most sought after, allow participants to interact with each other in a non-threatening environment with one of the most engaging, multi- sensory activities possible — the preparation of a meal!

Such initiatives act as an ice-breaker because groups come together to create a dish from a given recipe and a set of ingredients. Of course there is an in-house chef to support and guide them. They can then enjoy the same dish in a dining-cum-conference area. They get to comfortably discuss their experiences and learning from the activity, over a satisfying meal prepared by their own self. Such an exercise makes people enjoy the same kind of comfort that they experience while bonding over a casual meal with the team elsewhere. The thrill and excitement of preparing it themselves is the bonus.

Various purposes, such as encouraging collaboration, change agility, trust and communication have been served through culinary programmes. From leadership development to change management, skill building to shifting paradigms, the interventions planned and implemented through the culinary route are highly engaging with sticky messaging. In addition, the programmes can be customised to make them contextual to specific organisational needs.

Talking of the power of cooking, Venkatachaliah says, “The happiest homes come together at mealtimes. The best of friends catch up over chai. Wouldn’t it then make sense, to bring teams together for a delicious meal — which they have prepared themselves? Wouldn’t it be a memorable experience for groups to create and accomplish a tangible (and delicious!) result, almost immediately?”

As the corporate world is getting increasingly attracted towards experiential learning, cooking comes in as the best and most effective way to bring about awareness and behavioural changes. The kitchen is a venue of social interaction unlike any other, and there lies the secret spice to making learning and development initiatives more engaging and fun!