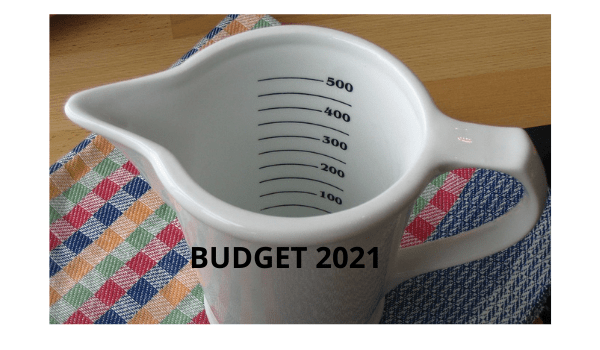 On Feb 1, Union Finance Minister Nirmala Sitharaman announced the budget for the year 2021. A lot of emphasis has been put on reviving the economy, which has been badly hit due to the recession induced by the COVID-19 outbreak. The complete capital expenditure for FY2021-22 is Rs 5.54 lakh crore. Health and wellbeing, which emerged as the key sector in the last one year, has been specifically rewarded with benefits under the PM Aatmanirbhar Swasth Bharat Yojana. In case of direct taxes, senior citizens who are 75 years old and above, living on pension and interests, have been exempted from filing returns.

Those are perhaps the only provisions that were announced which could in some way impact the human resources industry. We spoke to a few HR experts to understand how they feel the Government has fared. While everyone understood the need for such a budget, they did feel there were not enough schemes to favour an individual.

Lakshmanan MT, chief human resources officer, L&T Technology Services, feels that no negatives in the budget is definitely a positive sign. “From an IT sector’s perspective, several provisions have been made for Digital India. All of these are positive signs for IT employees. There will be demand for candidates and services. However, on the flip side, interest on PF accumulation beyond Rs 2.5 lakh/ year is something to think about. It will, of course, not impact the majority of the workforce as it will only influence senior employees with higher salaries. There are no incremental changes to the tax slabs, which is a good thing. Also, there is some guidance available on ESOPs for startups, which is also a good move for many in the IT space.”

Lakshmanan was hoping that there wouldn’t be any changes to the personal tax rates as due to the pandemic, many people had to face pay cuts and did not even receive any increments. “Taxing them further would have been a major challenge. Since that has been left untouched, it is good news,” he opines. Lakshmanan also sounded pleased with the benefits for the gig-workers.

In September 2020, three crucial labour bills were discussed in the Parliament. The social security code now includes gig workers as well. The Finance Minister has announced the launch of a portal where gig workers can register to avail benefits. Hence, Praveer Priyadarshi, CHRO, executive coach, HR consultant and mentor, suggests that the budget presented yesterday should not be seen as an isolated event as the Government has been taking measures for a while now. However, he does feel the takeaways from an HR’s perspective, are quite limited.

“I don’t see much from the HR perspective. Even the tax slabs have not been touched at all. I was looking forward to more in terms of industry-friendly policies. The Labour Code needs to be notified. In fact, this budget should not be seen as a one-time event but should be looked into as a continuity. That’s because, the Government has taken a few steps in the last one year. I think this should really be the way forward for assessment of this budget. The reforms had started in the last three announcements that have been made.”

The Finance Minister announced that the Government will incentivise the incorporation of One- Person Companies, coupled with unrestricted growth and improve ease of doing business. Speaking about how self-employment can become a big thing, Priyadarshi says, “In the current context, in terms of job loss, people have to be given an opportunity to do something where they are gainfully employed”. He, therefore, appreciates the One Person Company scheme.

As part of the Aatmanirbhar Swasth Bharat Yojana, Rs 35,000 crore has been allotted to the COVID-19 vaccine inoculation drive. According to Lalit Kar, senior VP & head – HR, Reliance Digital, this gives a lot hope to the service sector. “I am happy that a budget outlay of Rs. 35,000 crore has been set aside for inoculation for India’s war on Covid-19. It will go a long way in India’s vaccination drive. Though the requirement projected for getting all Indians vaccinated was around Rs 80, 000 crore, an initial amount of Rs 35, 000 crore is a welcome step. Once the fear of Covid -19 is removed, the service sector will bounce back to normal and the employment situation will improve. There is a huge emphasis on infrastructure spend, which will have a domino effect across sectors,” he opines.

Kar, however, does have a grouse regarding the PF taxation limit. “My first disappointment is that the budget has made interest earned on annual PF contribution above Rs.2.5 lakh taxable. With the Labour Code pegging the basic pay at 50 per cent of wage (here, wage includes the salary earned by a private-sector executive also) a lot of employees will have to pay taxes on the interest of EPF. Till now, many employees used to save a substantial portion of their salary in voluntary provident fund. This taxation will disincentivise savings through voluntary provident fund. This may actually lead to less provident fund savings, and hence, reduce availability of PF money to the Government for investment,” he adds. Kar had also hoped that this budget would give a boost to building an Atmanirbhar Bharat, but was sadly disppointed. “I do not see any major directional initiative towards promoting the eco-system for the same,” he points out.

It was also announced that the Government will open 100 new Sainik Schools, which will be run through public-private partnerships. About 750 Eklavya model residential schools in tribal areas and a central university in Ladakh is on the cards. Kaustubh Sonalkar, group director – Human Capital Management (HCM), general affairs, CSR and corporate communication, Welspun Group, believes these will serve as a strong foundation for the coming generations. He also believes, “Proposing skill training in collaboration with other countries for workforces and privatisation of public assets will be a welcome move. This is a definite measure to increase job creation. Skill development and rural education will now create a cadre within the country to fuel growth.”

The HR industry definitely had a mixed reaction about whatever little that was doled out yesterday as a part of the Union Budget. However, they are hopeful that consistent measures will help the industry revive from the aftermath of the disruptions caused in 2020.