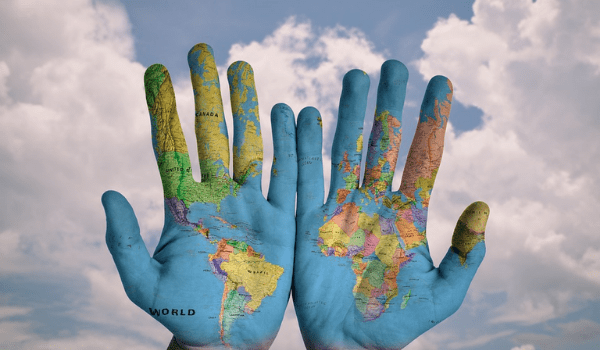 Internships are crucial for students with a broader vision, who aspire for better salaries. Organisations too believe in hiring such candidates for their positions who have interned with them in various capacities. International internships go a step further to provide a global perspective. Many HR experts are of the opinion that such initiatives give interns an excellent exposure to best practises across the global and make them highly proficient even before they land their first job. The reason why such an internship is favoured is that their successful completion gives the candidates an edge in the market. The experience gained from a different geography and culture are invaluable.

While such hiring has been a part of HR’s goals and aims for some time now, the COVID-19 pandemic did put a spoke in that wheel in 2020. Some organisations did not offer international internships this year as there were uncertainties about when things will return to normal. However, it also made virtual internships a possibility. The cost involved in moving to a different country was always a hurdle for students in the way of international internships. Many opted out due to the boarding, lodging and food expenses. Now, with remote working becoming a norm, there is a belief that international internships will become a lot easier. However, while HR experts are open to these changes, they would not suggest it.

Not a trend but compulsion

While it’s a fact that remote working has rendered ‘location’ issues obsolete, not everything can be taught virtually. HR consultant Anand Talwar, who was CHRO, ITC Infotech in the past, agrees that companies did go for virtual interns but it was only because they did not have a choice. “They had already issued these internships, which were a mandatory part of their overall HR training programmes. To honour their commitments, they had to do it virtually. The same goes for students. However, how effective this has been, is something that will require much deeper study in my view. It’s a one-off kind of an exercise. Any response in terms of effectiveness will be anecdotal in nature rather than a trend,” Talwar opines.

“Organisations in the US have become a bit selective about sponsoring visas of non-residents or non-locals. This will create an opportunity for corporate India to actually benefit from international internships.”

He, however, doesn’t want it to be a trend. “What is the purpose of internships? It is to give them the touch and feel of how corporates function, including their working and decision making. If the internship is about a particular project, such as data analysis, the need to go to the office does not arise. The class of interns that works on projects by collecting secondary data will experience the same effectiveness as in the past. Of course, if the idea is to expose the student to corporate life, culture and values, that will not be fulfilled at this juncture.”

Citing an example of an international intern-hiring process that he was involved in at his previous organisation, Talwar recounts, “We were developing the business in South Africa, and wanted to make it a hub for a lot of IT services in that part of the world. When we went to hire trainees from colleges in Johannesburg or Cape Town, we found that the knowledge a lot of technical and engineering institutes were imparting to them was not up to the mark. Therefore, we started an internship programme, which was a success. We went to this university in Africa and told them that in the summer we wished to take on their students for a period of six months. We were to take them to Bangalore, to groom them and impart technical skills. Travelling to India was a big thing, so we offered additional SOPs. We offered to pay them a stipend and provide accommodation and food at the company guest house for the training period. They were to be trained and sent back. On graduating, we were to have the first right to hire them. The university agreed. The jobs available for such individuals were restricted, and they had to visit the training centres every day.” Talwar narrated this incident to highlight the fact that such training cannot be imparted remotely.

To absorb or not to absorb?

Although L&T Technology Services hasn’t gone for an international internship programme this year, because of the whole remote working setup, Lakshmanan MT, CHRO, informs that they may have a few hires this year. “Right now, I am talking to George Washington College in the US. They have sent a request to start internships, since now students can do internships from anywhere. I am in the process of evaluating the request. If everything works out, we will have a few international interns this year as well,” Lakshmanan reveals.

Every year, L&T Technology Service has interns coming in from different geographies, especially from Europe and Singapore. They are recruited sometime between December and January and they intern in April, May and June. Speaking about what international candidates bring to the table, Lakshmanan says, “It is the perspective global students bring to a problem. When we give assignments to interns from global locations, quite often we find that international interns deliver output which is different than what Indian interns deliver. Their exposure is very different. If you give a certain problem to Indian students, they try to solve it keeping India in mind. Global interns , looking at things from their context, which is different from ours.”

When asked how many of these interns get absorbed into the job, Lakshmanan admits that it isn’t much. “Last year, we absorbed two Singapore interns there. However, it isn’t frequent. I would say international internships are not more than 10 in a year. If we take on 500 interns in total, out of these, about 10 are international interns.” He reasons that because of their internship in India, the value of those students in their country rises. They become highly sought after. Singaporean, Malaysian, European or German nationals after their intern with L&T become prized candidates in their campuses. There is also one other reason Lakshmanan isn’t too keen to hire them as regular employees. “For instance, if I have to offer jobs to German nationals in their country after they intern with us, there is a minimum wage requirement that I have to follow. I may have to pay them, say, €50000. I may not be willing to pay that much for a fresher. I may get somebody for much lesser. To do the job of one German, I can hire three people in India for much less, and that too from IIM or second-tier IIT.”

“George Washington College has sent a request to start internships, since now students can do internships from anywhere. If everything works out, we will have a few international interns this year as well.”

US’ loss could be India’s gain

When we talk about international internships, another aspect that needs to be considered is the laws of the country. Unmesh Pawar, partner, head – people, performance & culture, KPMG India, points out that this will be a very good time for Indian organisations to hire students who have studied in premium institutes in the US. “Organisations in the US have become a bit selective about sponsoring visas of non-residents or non-locals. Therefore, if you have Indians interning there, the chances for a work visa will become a bit challenging. This is creating a newer possibility and opportunity for corporate India to actually benefit from international internships. These very students, who are perhaps studying in some of the premium international colleges, are now available to them, which wouldn’t have happened in the past.”

“If the idea is to expose the student to corporate life, culture and values, that is not fulfilled through remote or virutal internships.”

Explaining further, Pawar says, “Right now, we all believe that the potential for the Indian economy to grow is high. Early green shoots are already showing. In India, opportunities for those who have international education and much more diverse experience are huge. They can come back to India and pursue a successful career. I feel it works for both the organisations and the students. It works for the organisations because they benefit from international interns. It is a good opportunity for students as well because some of them are struggling to find sponsorships for jobs in the international market.” He does agree that mobility is no longer a restriction, as people can work from anywhere. However, an internship cannot be successfully done virtually. While COVID-19 has shifted internships to the remote mode, he does not see this becoming a trend.

It is quite clear that while HR experts favour international internships in a big way, the virtual scheme of things is just a by-product of the pandemic, which has forced people to stay home and be online for everything. Organisations are, therefore, waiting for normalcy to be restored, before hiring interns.

Why logic and reasoning are tested in the hiring process?

How IndiGo is flying high in a struggling aviation industry