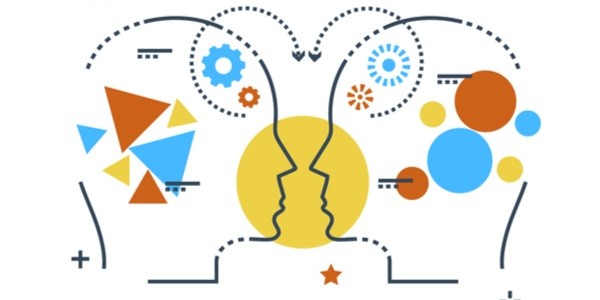 Traditionally, intelligence quotient (IQ) has always been a sought-after parameter while hiring for the jobs that involve non-repetitive schedules and problem-solving.

However, in these times, when the entire function revolves around communication, empathy, understanding and self-awareness, people with high emotional quotient (EQ) are much in demand.

Rishi Tiwari, director – HR, Hilton, is of the opinion that EQ and IQ go hand in hand, rather than each existing in isolation, to determine the overall possibility of a candidate to succeed as an employee in a given role.

He draws an analogy, saying one can imagine IQ as a great car engine that requires a fuel of EQ to propel it faster to succeed in the race of performing a job with great success. “The finest of car engines would be of no use if they do not have fuel in them,” he quips.

“However, as a part of the normal human schema, it is rare to identify a candidate with both high IQ and EQ at the same time, because a higher level of intelligence develops cognitive abilities that always thrive on identifying cause and effect relationships, commonly called the ‘logic’. On the other hand, EQ is a measure of social intelligence or the ability to understand problems or situations even outside the periphery of logic,” explains Tiwari.

The coexistence is never directly proportional, rather, it is more inversely correlated with a coefficient yet to be researched. Hence, it is the HR’s job to identify on a slider scale, the trade-off between EQ and IQ, which is best suited for a given role. For instance, for a leadership position, we are more likely to hire a person with higher EQ rather than IQ, if a final decision has to be reached between a set of candidates.

It is often heard that if you wish to succeed in the workplace and move up the career ladder, emotional intelligence is critical to your success.

Goleman’s model also states that those with a higher EQ have a greater ability to self-regulate, and higher levels of motivation – which can, in turn, reduce their tendency to procrastinate, leading to improved self-confidence, and enable them to focus on achieving long-term goals.

While leaders and managers with a higher EQ can help teams to collaborate more effectively and identify the specific drivers that motivate individual employees, teams can also develop an emotional intelligence all of their own.

EQ and IQ go hand in hand, rather than each

existing in isolation, to determine the overall possibility of a candidate to succeed as an employee in a given role

So what has changed in the current context?

Employees with high EQ are more likely to stay calm under pressure. They are good at solving conflicts and are capable of taking a more thoughtful business decision without leaning towards a single stakeholder.

“There has been a great shift in factors impacting organisational performance. Earlier, we were focusing more on the knowledge part — because it was scarce — and a differential factor between the organisations, to succeed. Though the knowledge of subject matter can undoubtedly be imbibed, additionally, a shift is happening towards the emotional quotient ,” elucidates Ravi Mishra, SVP- HR and admin, Birla Carbon.

“Though emotional intelligence had always been important, its realisation was not so visible,” points out Mishra.

Rajeev Singh, CHRO, ATG Tyres (Yokohama Group), believes, “Working from home amidst a turmoil-like situation such as this, without hampering productivity, requires a new skill, which is resilience. And to possess quality resilience, it’s important to have a good EQ level in the employee, where one needs mastery over the art of effectively managing heart and mind simultaneously.”

Singh further explains that in a COVID-like situation, employees with hire EQ will always keep themselves afloat. Such remote working skills will always call for balanced behaviours from team members, and working environments will always hit one or the other problem, which will mostly require employees with higher EQ. This is because, IQ can be imbibed but EQ comes from within.

Though the knowledge of subject matter can undoubtedly be imbibed, additionally, a shift is happening towards the emotional quotient

“As a leader, if you fail to be empathetic towards your employees or team members, you cannot reap successful results.”

Researchers have suggested that emotional intelligence influences how well employees interact with their colleagues.

Ensuring a diversified employee base has become a stringent mandate in most organisations. Hence, not everyone who possesses higher EQ can or should be hired. It is all about imbibing the art of balancing.

“Also, it depends on which role you are hiring for. Let’s say, the employer is looking to hire for a position of security-in-charge. He won’t look for people with higher IQ level. Certain roles in organisations are characterised by varied needs, hence, it’s the role which you should screen first before hiring,” suggests Singh.

Always keep in mind that what people remember you for, is how you made them feel and not what you did to them in hard times! 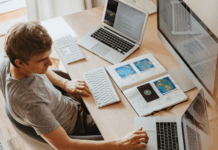