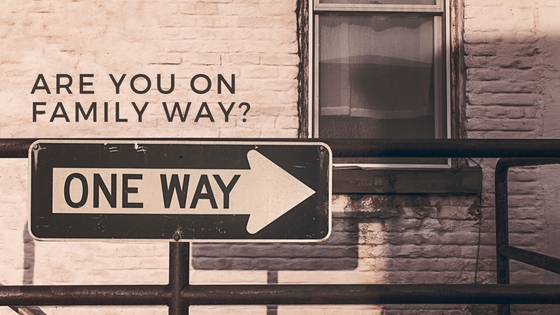 With the new Maternity Benefit (Amendment) Act 2016 offering 26 weeks’ leave, it is being feared that recruiters will now discreetly yet increasingly ask women candidates whether they plan to start a family. A candidate can refuse to answer the question.

The extended 26 weeks’ maternity leave under the new Maternity Benefit (Amendment) Act 2016, ignited a rush amongst organisations to implement the same with some companies proactively doing so and some sluggishly preparing to follow the norm. However, the enhanced policy raises some concerns—not all organisations are comfortable providing the benefits owing to the costs incurred, business constraints, and so on.

In light of that, an indirect and unconscious impact may be observed in hiring behaviours. Although nothing new, it is being feared that recruiters will now discreetly yet increasingly ask the women candidates the daunting question—‘Are you planning to start a family?’ More so, if they judge women on the basis of the same, it is a total failure of the government’s efforts to support women in their careers. “A recruiter, secretly asking such questions is unethical. If the same ever happens in the West, people can even sue the recruiter, but here in India it sadly still prevails. There should be zero tolerance on this.”

Anil K MishraAnil Kumar Misra, CHRO, MagicBricks, agrees that the extended maternity leave and related benefits are meant to support our women colleagues, who because of their biological and societal nature, require the same. “It is contradictory if as employers we do not allow or extend the same support. It really means disrespecting that sentiment.”

“More so, as a recruiter, secretly asking such questions is very unethical and I am completely against such practices. In fact, if the same ever happens in the West, people can even sue the recruiter, but here in India it sadly still prevails. This is something organisations should have zero tolerance for,” he says.

Misra shares that even earlier when this extended maternity benefits provision was not in place, there were some cases wherein within the first or second week or month of joining women have availed maternity leave and organisations have allowed the same. However, asking such questions during interviews is something the HR fraternity needs to strongly condemn.

Explaining why it may make sense for some to ask a woman if she plans to start a family any sooner, Geethaa Ghaneckar, director-HR, Raymond says, “Although they make a small percentage of the recruiter community, such practices may be more prevalent in start-ups with limited budgets as they may not be able to afford to have someone on a six-month long paid leave.”

However, for an established organisation, with a regular hiring process, the new enhanced maternity act would not become an eventual deterrent. “Still, in India, we have always had issues such as this and there are no norms laid out against the same. However, as a general practice, we should refrain from asking such questions of a woman candidate,” Ghaneckar says.

Misra also believes that “Although from a statutory point of view, we still do not have anything standardised against such practices; this is still just about mind-sets. Until we internalise and put it in place in true spirit, and accept that it is incorrect behaviour to ask such questions, recruiters will continue to nurture these biases.”

In addition, he also shares how in these times, when social media allows people strong platforms to word their worries, organisations need to be extra careful in preventing such practices. A single case, if reported online, can go viral on any of the social media platforms, and holds the potential to ruin an organisation’s employer brand.

On a positive note, there is increasing awareness amongst women professionals about not tolerating such practices. Ghaneckar shares that she recently came across a candidate who refused to answer the question, making it clear that it was out of the interviewer’s or the job’s purview.

In addition, one’s decision to go the family way is something that’s anyway never going to be in control of any organisation. “Any employee or a new hire may answer the question in the negative during the interview but may plan to get pregnant the month after joining and an organisation can’t do much about it,” Ghaneckar shares.

It’s a catch-22 situation for organisations, but still, judging a candidate on the basis of that is not a wise idea for a long-term talent and inclusion strategy. Instead, Ghaneckar suggests that organisations negotiate employment agreement terms, laying out all conditions in case a woman decides to opt for a maternity break during her employment, rather than interfering in her personal choice to do so or not hiring a candidate because of the same.

Talking of diversity and inclusion agendas and behaviours in larger organisations, there are so many conscious and unconscious biases that undermine women in the workplace. For instance, some believe that women with children are not as productive as others as they are unable to give equal amount of time and attention to work, or if a woman is pregnant, people fear that she may be gone for almost a year, given the extended maternity leave.“Any employee or a new hire may answer the question in the negative during the interview but may plan to get pregnant the month after joining and an organisation can’t do much about it.”

“On the contrary, I have seen examples where women have done extremely well even after returning from maternity leave. In fact, we have an award ceremony today where one of the nominees is a new mother who has done some outstanding work in the last four months, after she returned from her maternity break,” Ghaneckar shares. These women make organisations proud and also question such biases. Ghaneckar believes that many such examples over a period of time will gradually change the mentality, though it will be a very slow process.

For quicker action on the same, it is important that under the Diversity & Inclusion (D&I) agenda, organisations and HR set a norm to not ask such questions. Currently, there’s no set norm to this effect; it’s just that everyone is aware that asking such questions is ‘not a nice thing to do’. “Many MNCs already have norms around it, but Indian organisations refrain from putting it down on papers. However, it is time that we have a mandate for the same as expecting a shift in mindset may take forever,” Ghaneckar opines.

She concluded by sharing how the whole discussion on diversity in India only began when there came a mandate to have more women on board. Similarly, it is now critical that the authorities or organisations and HR leaders set stricter norms for controlling such behaviours.

Why does Alibaba conduct mass weddings of its employees?