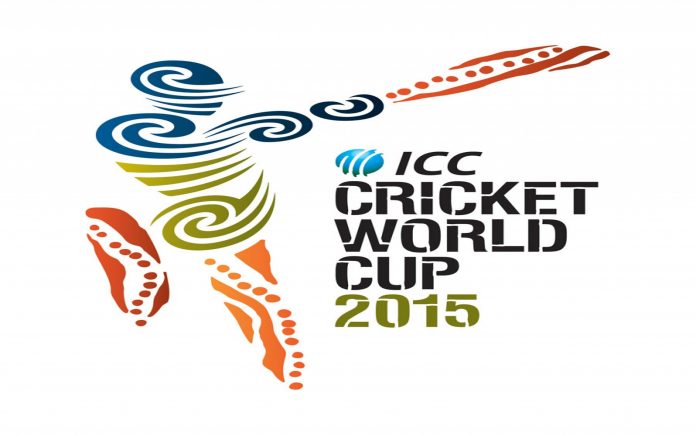 The Cricket World Cup has thrown up some very interesting stimuli when it comes to leadership role models for bosses.

Perhaps your boss has not been himself these days. Maybe that is a good thing.

But evolution conditions us to expected responses. So when these aren’t happening, the effect can be quite disconcerting.

The sheer agony of not knowing, exactly how your boss will react to your next idea, makes the entire process of coming up with one a lot harder. And as we know, that is not exactly what the economy needs right now. We all have our bits to do, when it comes to adding to the corporate innovation journey across the nation. Even if what immediately concerns you, is merely getting your boss’s approval on that ‘creatively filled’ conveyance voucher, but I digress…

Bosses have a thankless job. The sheer pressure of assuming inspirational proportions everyday takes its toll. Sometimes the mere act of puffing out one’s chest and tucking in the tummy, whilst doing the rounds, is enough to send some to the intensive care wings of hospitals. Then there is the pressing need to spew wisdom at opportune moments. Quote from the Rig Veda to the Art of War, without having read any of them.

Add to that the absolute necessity of keeping a straight face, when a subordinate’s comments in an unequivocally important meeting, are happily rearranging the vital organs within the boss’s anatomy.

Inspiration is also hard to seek. ‘Who does the boss follow?’ Is a question of extreme pertinence, maybe even more than ‘Does the boss follow anything at all?’ All leaders need role models, and whilst these usually are rarer than the prospect of Genghis Khan setting up a ramp walk for his prisoners post conquest, this February and March has been a motivational bonanza for bosses.

The Cricket World Cup has, besides manipulating the attention of an entire nation, thrown up some very interesting stimuli when it comes to leadership role models for bosses. Cricketing captains always have been one of the most glamorous manifestations of the powerful and effective leader. And during the course of the tournament, along with memories kindled from previous editions, bosses have for once, a plethora of options to consider how their working styles can be further tweaked and transformed. Though this sudden change in behavior is likely to leave many subordinates utterly dumbfounded, if one learns to try and trace out the exact source, a speedy resolution might only be a matter of course.

The Jardine undivided focus on one adversary
Douglass Jardine pioneered the Bodyline strategy in cricket, to combat one man-Don Bradman. When others strove to curtail the great Australian batsman, Jardine took on the onus of relentlessly attacking him-in every sense of the word. This was a monumental step in terms of ushering a strategic approach in the sport.

But things could get a touch more sticky, if your boss chooses to conduct his interactions in the same manner.

It might begin by getting his team to menacingly circle the client, as the boss makes his presentation on one inane proposal after another. This leads to a rather lop sided alignment of chairs in the conference room, with underlings crouched behind, trying to hang onto every deflection from the client’s tongue.

The matter escalates, when your boss then gets unnecessarily aggressive on the most basic questions. For example requests such as, ‘Could I have a glass of water?’ could be met with retorts like ‘Sure, deplete the most rapidly declining precious resource on earth?’

While the responses of Bradman were curtailed by the rules and spirit of the game, your client might not be inclined to keep matters within ‘cricketing’ terms.

The Lloyd ‘putting all your eggs in one basket’ strategy
Clive Lloyd was the first captain to hold the World Cup aloft. He captained some of the most powerful cricketing units in the game. It was all down to his decision to field, a till then unheard of, four pronged lightning pace attack, eschewing the need for any spinner. This decision took Caribbean cricket to the top of the pile, but left a lot of opposing batsmen on the floor.

The Lloyd influence can be detected, when your boss begins to demand his colleagues at the canteen table, dump all their eggs onto his plate. On a more serious note though, he might excessively misinterpret the West Indian legend’s strategy to mean closing one’s mind to all other ideas, once a workable solution has been found.

Thus in an ongoing meeting, once some sort of resolution on an issue has been reached, he might close both his ears and shriek ‘no more, no more’, if anyone begins to add an amendment, or suggest any sort of further improvement.

Matters might really go beyond redemption, when he repeats those words when out with the wife, on one of her shopping expeditions.

The Imran art of unconventional recruitment
Imran Khan was indisputably one of the most charismatic leaders the game has even seen. While there is lots of imbibe from the iconic Pakistani captain’s leadership repertoire, one aspect is truly striking. Imran’s unmatched ability of identifying and recruiting talent from the most unexpected places, not only led Pakistan to their World Cup triumph in 1992, it gave immense scope, for great hiring stories to be rendered in many circles outside the 30 yard ones as well.

Your boss however, can be counted on to take this to another level altogether.

Now random conversations with strangers, will take on more weighty connotations. If the cabbie (those incredibly perceptive folk) says, ‘more people in summer go to hill stations, and that is why roads are lesser crowded these days’, your boss is likely to begin wooing him to shift gears, change lanes, and join your organization as the head of strategy. Little children with beautiful smiles and pleasant dispositions will be talked into considering a career in customer service.

Asides from being labeled as an ‘all-round pest’ in his residential colony, this new mood swing of your boss, is likely to make him unpopular with the HR function of your company too, especially considering all the reference checks involved.

But if he is in that department himself; it is probably time to run for the hills.

The Ranatunga gift of getting under the big boy’s skin
Arjuna Ranatunga won the 1996 World Cup for Sri Lanka, by presenting a compelling case of what it means to be a challenger brand. A little before the tournament began, he had already drawn the battle lines by directly taking on the then giants of the game, the Australians. Ranatunga sledged them right back. He made them uncomfortable. He provoked them in press conferences. In short he picked a fight with Goliath, and by the consequence of that contest, rose in everyone’s estimation at the same time.

The Ranatunga influence begins to show itself, when your boss, quite uncharacteristically (given his otherwise sycophantic character) begins to directly take on the super boss in meetings.

This can begin with mild and sometimes self-defeating provocations like, ‘you call that a target, I will need only half the time to achieve those puny numbers’. The situation further regresses to unnecessary skirmishes, over virtually every issue that the big boss chooses to discuss; from hotly disputing the office picnic venue, to having a strong moral stance against ‘Casual Fridays’.

It could even culminate in your boss walking out in a meeting, hoping that his troops will follow suit. But given that Ranatunga enjoyed considerably greater loyalty, and that appraisals are around the corner, your boss will usually find himself standing in the lobby abjectly alone.

And while Ranatunga found taking on the challenger role extremely productive, your boss might find landing the next job extremely challenging.

The ice calm demeanor of MS Dhoni
MS Dhoni is the defender of India’s pride and fortunes at this World Cup. The rise of the man from Ranchi, into cricketing folklore has been a stirring tale in itself. But what really cements his persona, other than his batting and keeping prowess, is his ‘Captain Cool’ disposition, even in the most high pressure moments. MSD has brought an icy nonchalance to the whole aspect of leadership. Perhaps this is the real reason why he leaves every challenge stumped.

Your boss might give away telltale signs of his Dhoni fixation, when he begins to stay utterly calm in moments previously known to send him into orbit.

The frozen smile, the slight shake of the head, the shrug of the shoulder and the calling for a ‘power play’ (go figure), now become his tools for handling the cauldron of a corporate crises. On the other hand, this is always a good time to ask for that promotion, salary increment or outrageously ill-timed leave.

Matters however might reach a cull de sac, if a genuine fire breaks out in the office, and the boss begins to assume, everyone else is merely over reacting. There is only so much a cool outlook can do, when it comes to putting off real flames.

Your boss might also quickly transition from one role model to another, depending on which team is winning. But once you have been sensitized to this phenomenon, dealing with what follows becomes more of an achievable task. However if your boss gets into the habit of ripping off his shirt and twirling it over his head, after every successful meeting, perhaps it is time to have a quiet word with the powers that be, in terms of changing your team.

(Vinay Kanchan is a devastatingly interesting person. He is the author of ‘Lessons from the Playground’ & ‘The Madness Starts at 9’. He is also a trainer in the art of creative thinking and a brand ideation consultant. The only designation he sports these days is ‘the patron saint’ of Juhu Beach United, a cult footballing movement. He can be contacted at vinaykanchan5@gmail.com and followed @vinaykanchan5. All trespassers will be befriended.)

How can organisations help employees with suicidal tendencies?