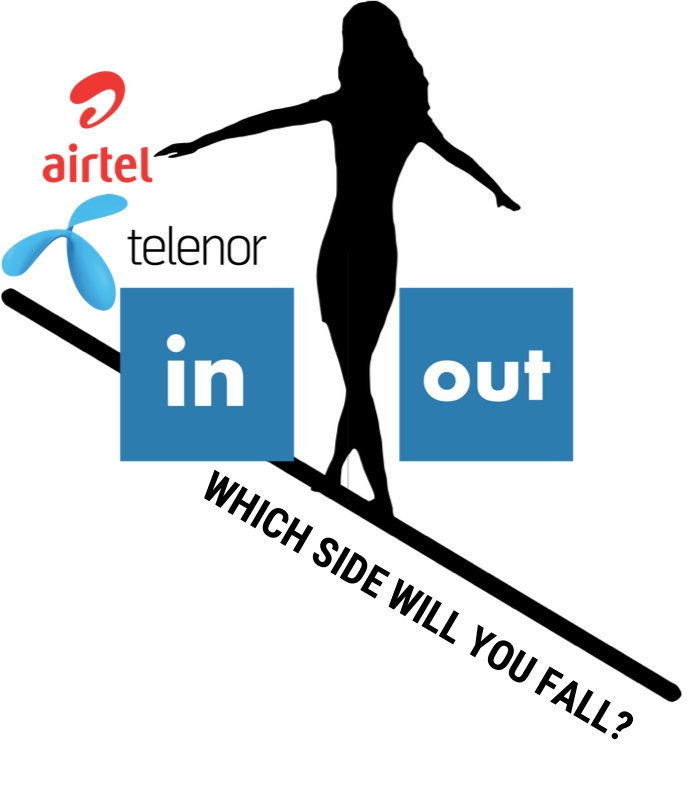 Almost the same number of employees were also absorbed into the merged entity.

The Airtel-Telenor merger has been finally formalised. As a consequence, some 700 people have lost their jobs reducing the team strength by almost half.

With many people having already exited in anticipation of the merger, there were only around 1400-odd employees left in the company. Both the companies had entered into an agreement for the deal in February, 2017 which got approved this week.

While 700 people were asked to go, an equal number were also absorbed into the merged entity simultaneously.

An informed source from Airtel, who was close to the development, says, “We have taken 700 people into Airtel, across various functions, and I think that’s a terrific achievement –700 people is a sizeable number to retain.”

“We have also ensured that all the top resources and talent have been absorbed. An equal number have been given a very safe and secure landing,” the source added.

A day ago, all employees received a mail from the HR team asking them to meet.

The mail received by Telenor employees read: “You must be aware that Telenor (India) Communications Private Limited has been integrated with Bharti Airtel Ltd. With regard to this legal merger, we invite you for a personal discussion with the Airtel Team to inform you about the way ahead and the next steps. Be available for the meeting as per the details below.”

Post this mail, they were asked to meet in groups of 20.

However, Airtel has been quite generous about the severance package. While the general norm is to pay three months’ salary, Airtel’s severance package includes a pay-out of five months, including all benefits!

“We have ensured that all the medical insurance continues for six months,” the source told HRKatha.

In addition, the employees have been promised help in finding future prospects. They have also been offered professionals help to write their resumes, or to identify or shortlist positions in other companies, based on their skillset and expertise.

“We have provided counselling service in terms of finding opportunities, which was hugely welcomed,” the source told HRKatha.

The senior executive opined that the greatest advantage for people working in telecom is that it trains them in multiple skills. People in pre-paid sales are akin to FMCG, while B2B people can sell any B2B product. Telenor does not have much post-paid, but whatever exists is akin to the credit-card sales business.

“With the right professional help I am sure people will be able to position themselves in a competitive manner,” the senior executive added.

In smaller cities, the employees were asked to meet in a hotel. Since it is not uncommon to have such situations turning hostile and going out of control, arrangements had been made to have a few bouncers around to take control, if the need arose. Many employees who spoke to HRKatha said that they found this very intimidating.

There were also a few cases of heated arguments between the employees and the management, which is normal in such cases. However, employees told HRKatha that overall, in most places, it was a peaceful process, especially in Delhi where it was most amicable.

A few of the employees complained that they were upset over the fact that in the previous town hall meetings they were asked to stay put with the Company with the assurance that they would be retained post the merger. The sudden severance had come as a surprise to them.

The employees believe that the departments which were most affected by the layoffs were finance, HR and the resource department.

Telenor India runs operations in seven circles —Andhra Pradesh (and Telangana), Bihar, Maharashtra, Gujarat, Uttar Pradesh (East), UP (West) and Assam. As of December 2017, Telenor India had a subscriber base of 41.91 million across India, according to the Telecom Regulatory Authority of India (TRAI).