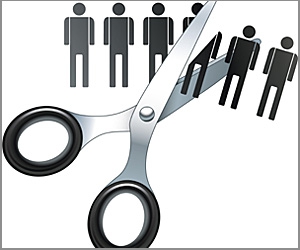 During April–September this year the company laid off 14,000 employees across businesses, to stay agile and competitive.

In an economic turmoil, engineering major, Larsen & Toubro (L&T), has cut down its workforce by 11.6 per cent during April—September, 2016. The company laid off 14,000 employees across businesses, justifying the move as a must to stay agile and competitive.

The company’s chief financial officer, R Shankar Raman, apparently justified the decision in a press conference after the company announced its Q2 results recently. He told the media that it was a strategic decision to resize the workforce in times when the business is not in good shape. In the economically difficult times, it is important for the organisation to identify and reduce its under-recoveries, which is why the company is identifying the jobs that are redundant and letting go of some people.

L&T currently has an employee base of 1.2 lakh across various businesses, out of which it has laid off 14,000 people during the first half of fiscal 2017. However, the specifics of the different verticals in which the layoffs happened are still not clear. The company had tried to look at its businesses in a different way to remain competitive.

In line with that, L&T says it had introduced digitisation to reduce the number of people required to accomplish a particular job, bringing it down to almost half the manual requirement. The layoffs apparently have been done in businesses, which are moving slowly due to various reasons, including delayed execution, among others. The company has also tried to make its back offices more digital.

They are relooking at the low-performing businesses to remain competitive and agile, the company’s deputy managing director and president S N Subrahmanyan told the media. He, however, mentioned this was a one-time decision and not a target that it has set for cutting down the workforce.

In the first half of FY17, the company’s revenue increased 8.6 per cent to Rs 46,885 crore. Profits rose to Rs 2,044 crore from Rs 1,197 crore a year ago. L&T recently also announced a five-year strategy to scale up revenues to Rs 2 lakh crore. The plan identifies some non-performing businesses, which the company is now re-looking at.