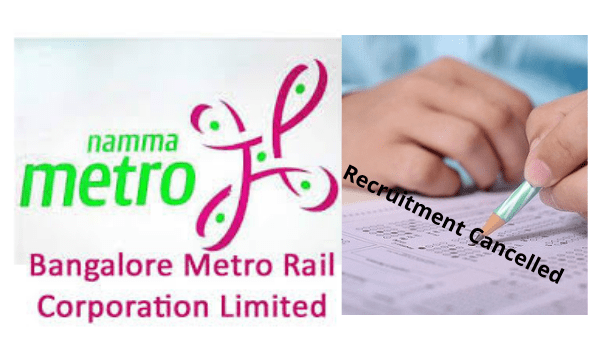 Some of the 39,330 candidates who appeared for the recruitment exam for 174 posts of the Bangalore Metro Rail Corporation (BMRC) now plan to go to court, as BMRC has cancelled the recruitment. This cancellation comes as a rude shock to the job aspirants who had responded to the job notification in January, 2019.

Vacancies were announced for 21 junior engineers, 19 section engineers and 134 maintenance staff. The marks had also been made public about 18 months ago. However, recently, BMRCL posted a note on its website saying that the posts have been cancelled and that the examination fees will be refunded to the candidates who took the exam.

Ever since the marks had been published on the website, the job aspirants had been in touch with the officials of BMRC asking them when the hiring will take place, but they were only told to wait, which had naturally raised their hopes. Most of those who had cleared the exam had assumed that the wait will be over by March next year.

The reason for the cancellation seems to be the fact that the Karnataka government froze direct recruitment to all new posts this fiscal.

Now that they have been told that the vacancies have been cancelled altogether, some of the aspirants are planning to approach the High Court.