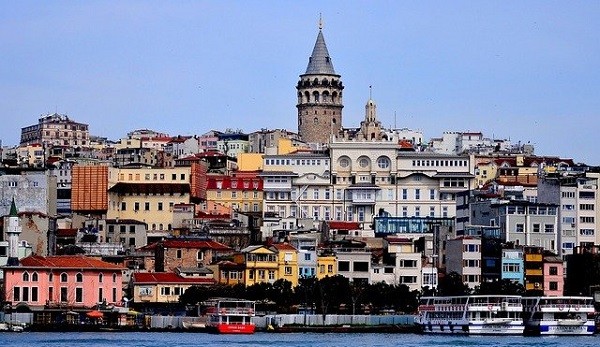 Starting January 1, 2021, Turkey’s minimum wage will rise by about 22 per cent — 21.56 per cent to be precise. That means, the monthly net minimum wage will be about 2,826 Turkish Liras or $377, according to the Labour Ministry. The national minimum wage (NMW) of any country is the minimum amount (lowest salary) per hour, per day, or per month that employers can legally pay to workers.

While the rate of increase is more than the country’s annual inflation rate, Turk-Is, the country’s biggest labour federation feels this increase is hardly adequate. About 50 per cent of the workers in Turkey, which has a population of 83 million, earn a monthly salary, which is either minimum wage or close to it, as revealed in a research by DISK, the Confederation of Progressive Trade Unions of Turkey

The new minimum wage is more important for employees in these troubled times.

As of November, Turkey’s annual inflation stood at 14 per cent, whereas the 12-month average hike in consumer prices was 12.04 per cent.

Although economic balances and the adverse effects of the pandemic were taken into account before reaching this increment, the Confederation of Turkish Trade Unions maintains that the increase has been below expectations.

The Turkish government will also continue the minimum wage support of TL 75 for all businesses so that workers benefit from a higher wage increment than what their employers give them. This will cost the government an addition TL 6.5 billion.

Earlier this year, in March, the Turkish government had offered financial support to cushion the economic impact of the pandemic. It had cut taxes for the worst affected sectors and also released funds for workers. To help out businesses, debt payments had been postponed and the tax burden on various sectors had been reduced too.

It put forth a short-term work allowance scheme that provides wage support to employees of companies who have been hit by the pandemic.

Selçuk said the government extended over TL 45 billion in support to citizens this year within the scope of Social Protection Shield.

The minister informed that over 3.5 million workers benefited from the short-term work allowance program, under which the government transferred over TL 23 billion.

Turkey earlier this month extended the partial wage support by three months. The deadline for new applications is Dec. 31, and it covers the following three months.

The government also extended TL 6.5 billion worth of cash support for employees forced to take unpaid leave since April amid the pandemic, Selçuk said.

Turkey’s unemployment rate fell to 12.7% in September with a decrease of 1.1 percentage points year-on-year, according to the official data.

In April, the government also imposed a three-month ban on layoffs to mitigate the pandemic’s impact.

Parliament in July approved a law allowing President Recep Tayyip Erdo?an to extend the layoff ban until July 2021. Under the new law, Erdo?an will be allowed to extend the ban by three months each time until June 30, 2021.

The president also has the authority to decide for each sector whether to extend the short-term employment allowance benefit.

Turkey’s unemployment rate came in at 12.7% in September with a decrease of 1.1 percentage points year-on-year, according to the official data.

Turkey’s new economic program announced at the end of September targets an unemployment rate of 13.8% this year and 12.9% for next year.

Salaries restored, heavy rebates on ESOPs for staff of ixigo