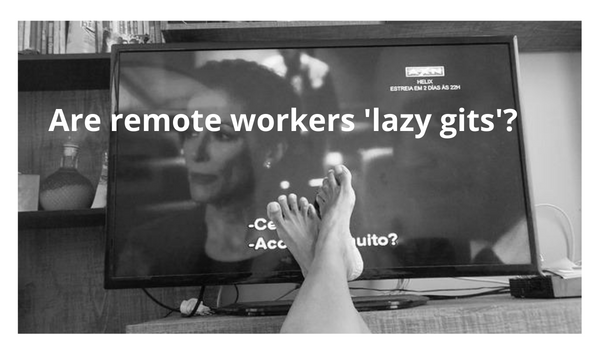 Alan Sugar, the British billionaire businessman, has made it clear that he disapproves of the work-from-home approach and does not support remote working in any way. He has, in fact, used the term ‘lazy gits’ for employees working from home, inviting a lot of flak from people on social media.

In his tweets, Sugar clearly states that employees working remotely are actually busy “watching golf and tennis at home” during work hours. He doesn’t stop at that, but goes on to say that remote workers should be paid less than those who work from office!

The author, political advisor and television personality resorted to expressing his opposition to remote working, following a debate on a talk show where the topic of discussion was whether remote workers should be provided subsidies. Of course, Sugar did not approve and suggested getting the remote workers to return to office, and asking them to leave the job if they fail to do so.

His argument behind the suggestion to pay remote workers less was that by working from home they were saving significantly in terms of transportation and commuting costs. The organisations/ employers, on the other hand, have to pay rent, electricity bills and meet other expenses even if the offices are not operating in full capacity, argued Sugar.

He spoke in favour of the nurses, doctors, taxi drivers and other frontline staff who do not have the option to work from home but provide services to the remote workers whom he calls “lazy gits”.

His tweets invited a lot of criticism from people who objected to Sugar ignoring the majority of the remote workers who are genuinely dedicated to their work. After all, there are many remote workers who believe in stretching themselves to go that extra mile and use the time that they are saving on travel for the benefit of the company.